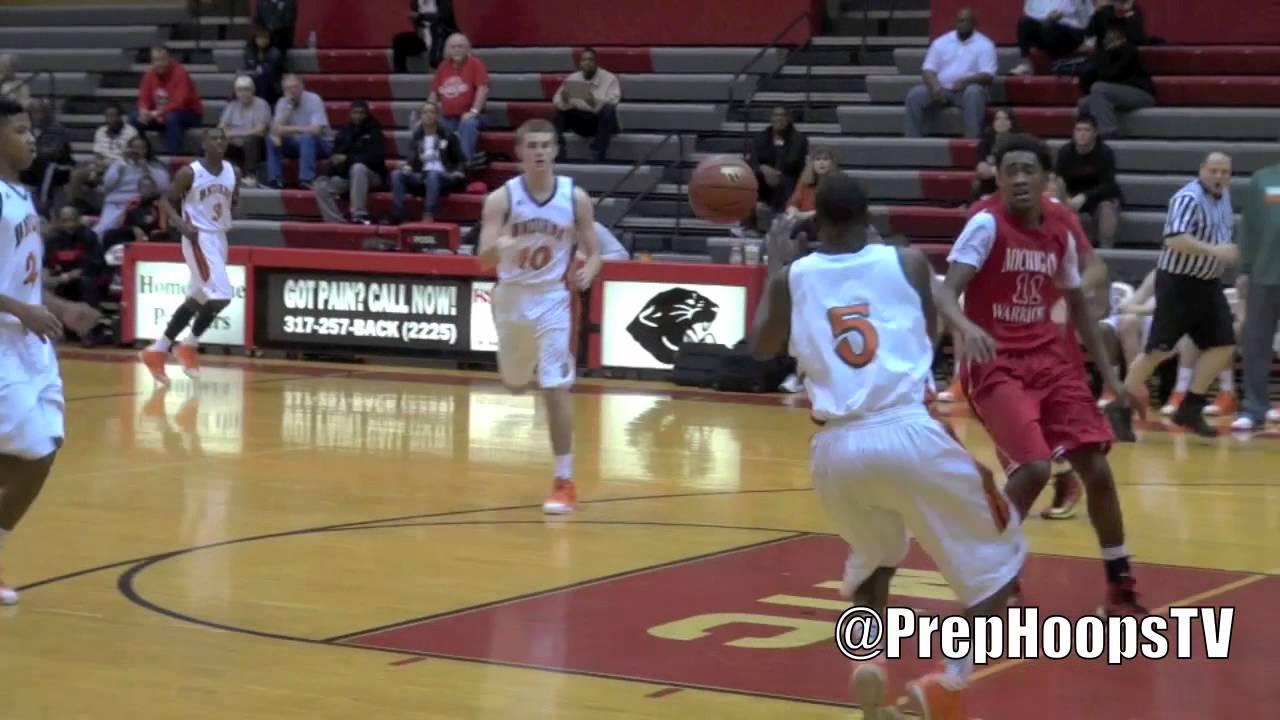 Coming off an impressive performance at Michigan’s College Practice Camp earlier this summer, DJ Wilkins continued his stellar play through last weekend at the Adidas Invitational.

The young guard prospect from Merrillville, IN displayed a versatile game, handling the ball on the perimeter and driving to the basket, while also banging down low in the post against bigger players. His all-around talent has more than a few Big Ten schools after him, and he’s already started taking Big Ten visits.

“I visited Purdue. It was nice, I liked it,” Wilkins said. “Had a good time with coach Painter and coach Owens. We went out to eat, went through the dorms, looked at academics as well as sports. It seems like it could be a good fit one day.”

Continuing his tour of Big Ten schools, Wilkins also visited Michigan State earlier this summer. He mentioned the facilities and talking with the coaches about the way they run their offense as attributes he liked about the visit to East Lansing. While Wilkins didn’t go through much of the regular visit procedures at Michigan during camp, he said he still got a chance to speak with the coaches. He spoke to the Wolverines coaching staff about his game and coming up for a visit this fall for a football game.

“It was nice,” Wilkins said of his time at camp. “I got to meet some of the coaches. Coach Jordan, got to meet him, he was a nice guy. I got to play in front of coach Beilein, and it was pretty cool.”

Michigan is showing legitimate interest in Wilkins’ game, and it’s easy to see why. The 6-foot-2 guard can do a lot of different things on the court and makes for an excellent utility player for his young Indiana Elite squad.

Kristof Kedrick, the coach for the Indiana Elite 15Us, said that while Wilkins is an impressive player right now, he’ll only get better with maturity.

“DJ has just got a little bit of everything,” Kendrick said on Saturday. “He’s tall, lanky, he can go up over, he can get his shot off underneath. He shoots really well from outside, and he handles it. He’s a good all-purpose guard. He can play the one, he can play the two, you can put him on the wing because of his height and length. He can defend a lot of different positions, and he’s a young kid too. Once he develops and gets stronger he’s going to be a load to handle.”

Wilkins is mostly a scorer at this point, but his coach would like to see him look for his teammates as he continues to develop his court awareness and expand to play the point occasionally.

“He needs to be setting everybody up — it’s good to look for your shot when you’re the off guard, but when you’re playing with a team full of talented kids, you don’t want your point guard just coming down and shooting,” Kendrick said. “It’s about chemistry, and when he’s playing the point we want to make sure he’s setting everybody up. He does a good job, but he’s got a scorer’s mentality. As long as he keeps getting stronger, he’s pretty good.”

But at this point, as a member of the class of 2016, it’s all about potential, and Wilkins has plenty of that. Michigan assistant LaVall Jordan is contacting Wilkins’ high school coach at Merrillville and Wilkins said he wouldn’t be surprised to see Jordan at one of his football games in the fall.

As for what he thinks of Michigan, Wilkins mentioned the way they run as a major plus.

“How they space the floor out, how they use their big men, a lot of pick and rolls, and just really getting up and down the court,” Wilkins said.