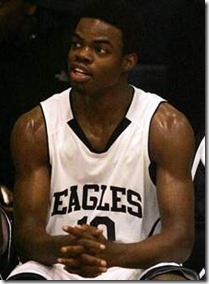 Michigan was the third youngest major conference basketball team last season but had leadership where it counted, in the backcourt. This season, the Wolverines have just two players with more than sophomore eligibility and John Beilein won’t have the luxury of leaning on the best player in the country to run his offense. Instead, he could look to a freshman.

“The big difference [from last season] is that the backcourt looks like it could be brand new,” Beilein said at a Tuesday press conference. “Or we could shift some people around. That’s going to be the biggest difference.”

Trey Burke and Tim Hardaway Jr. are on NBA rosters and Michigan is forced to reload.

“Whether it’s Nik Stauskas and Caris LeVert the backcourt or if it’s Derrick Walton and Zak Irvin. That’s the biggest difference.”

It’s not a new phenomenon for Beilein. The Wolverines have started two of the last four seasons with a true freshman at the point guard spot. Darius Morris in 2009 and Trey Burke in 2011. With both of those players entering the draft after their sophomore seasons, Michigan’s coaching staff knows how to manage a young guard.

While Beilein has had limited time to work with the incoming freshmen due to NCAA regulations and commitments with USA Basketball for the World University Games, he’s been encouraged by Michigan’s freshmen.

Derrick Walton and Zak Irvin are going to play – and could very well start. Walton is one of two true point guards on the roster and while lightly recruited Spike Albrecht emerged as a hero in the NCAA tournament, that was the first time he reached double figures all season and he’s better suited to be a luxury backup than every day starter.

Michigan’s coaching staff is utilizing their limited summer coaching time to institute some core values in the young freshmen. John Beilein’s mantra has never changed since he arrived in Ann Arbor. Teach them the basics first – the right way – and the rest will come easy.

“There’s no time limit on [teaching summer drills],” Beilein explained. “If we’re trying to teach something and I have 10 minutes for it. If we don’t have it done in 10 minutes… it keeps going. There’s some basic things we want [Walton] and the other freshmen to learn. Whatever it takes.”

While the stories about practicing passing, catching and pivoting felt like a culture shock when Beilein took over in 2007, the results are impossible to argue with after his success in Ann Arbor.

Beilein only had 45 minutes to work directly with the incoming freshmen before his press conference on Tuesday but Michigan’s assistant coaches kept him in the loop while he was in Russia. He also watched video clips from practice during his time abroad.

“[I had] 45 minutes yesterday and I’m going to see them an hour and 15 minutes today,” Beilein explained. “But I’ve had great reports and with the technology they were putting video on a dropbox for me and I could actually watch it overseas.”

In that limited sample, Derrick Walton has shown no different learning curve than other players.

“Everybody learns at a different speed,” Beilein said. “[Walton] has showed no different than anyone else. The reports from the other coaches are that he’s very coachable. That’s sort of been a theme of all the young men we’ve been getting lately.”

Beilein can only hope that’s not the only trend to continue in Ann Arbor and that Walton is ready to hit the ground running just like his predecessor.