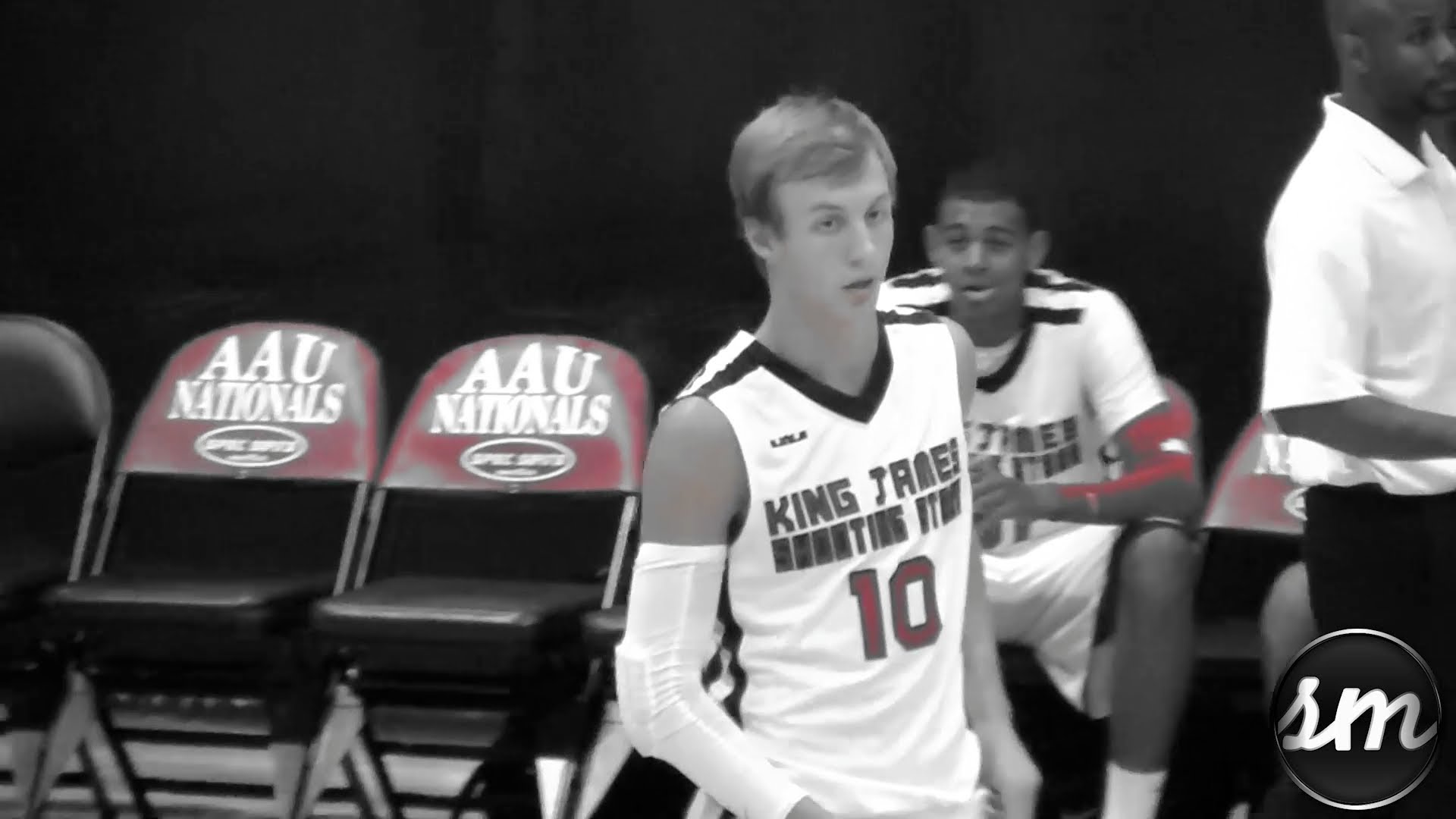 Our second of two recruiting roundups covering on the final weekend of July AAU play focuses on Luke Kennard, Trevon Bluiett a handful of other priority targets.

Luke Kennard’s King James Shooting Stars team advanced to the semifinals of the 16U AAU National Championship before suffering a heartbreaking one-point upset loss to Nike Team Florida. Zach Fleer, who tracked King James throughout the weekend, provided this scouting report on Kennard:

Kennard was King James’ most impressive player over the weekend. Showcasing a polished offensive skill set, the Franklin Ohio native got it done both around the basket and on the perimeter. Kennard was able to finish with either hand, and his defense in the final four loss to Nike Team Florida was one of the main reasons why King James was even able to come back. Kennard is a big time combo guard with instincts and intangibles that just cannot be coached.

Kennard’s recruitment blew up this July and really can’t grow much more. His offer list now includes Michigan, Ohio State, Duke, Kentucky, Michigan State and Louisville. Michigan has been recruiting him as long as anyone and has developed the relationship but will find itself in a dog fight to the finish line as who’s who of high-major programs is involved.

ESPN’s Jeff Goodman named Kennard as one of his favorite players to watch on the AAU circuit:

He’s another one I loved to watch in the Class of 2015. I saw him a summer ago, and his body and game have matured. The 6-5 wing can do it all. He can shoot it, pass it, he moves well without the ball, is tough (he’s also a quarterback) and knows how to play. Ohio State, Michigan and Indiana were already in hot pursuit, and UNC, Kentucky, Duke, Michigan State and Louisville all offered over the past few weeks.

According to the Indy Star’s Kyle Neddenriep, Trevon Bluiett is finally ready to trim his list – after adding one more scholarship offer to the mix.

Park Tudor forward Trevon Bluiett (2014) picked up an offer from Arizona on Monday and plans to cut his list to five schools by Wednesday. The 6-6 Bluiett, who has two dozen offers, will be playing at the Adidas Nations in Los Angeles this weekend. UCLA has made a late push for Bluiett, with the addition of former Park Tudor coach Ed Schilling on staff certainly giving the Bruins a shot. Bluiett hasn’t given many hints in interviews, but the schools most commonly associated with him recently include Butler, Indiana, Michigan, Purdue and Xavier, though several others have also been in contact.

Bluiett has talked about trimming his list for quite some time but finally appears ready after AAU play has come to a close. Michigan remains in strong position with Bluiett but his recruitment has followed a very odd path as he continues to add more schools to his list rather than closing in on a decision. UCLA seems to have made the strongest push as of late and Bluiett recently traveled back to California with Indiana Elite for an AAU tournament.

Last weekend, Blueitt was in Las Vegas and had a solid weekend while playing with Indiana Elite once more according to NY2LA Sports.

Bluiett picked his spots early, only scoring a couple of points in the first half. However the 6-5 forward would explode in the second half and finish with a game-high 21 points. Bluiett was very solid from the mid-range, taking advantage of bigger forwards trying to guard him.

Michigan continued to put the effort in recruiting Blueitt and had two coaches tracking him at points throughout the weekend.

Dwayne Bacon and Corey Sanders are two of the many class of 2015 prospects that Michigan will work to get on campus this fall – both could very well earn offers when they do visit Ann Arbor.

Bacon and Sanders played well at the Fab 48 in Las Vegas as Bacon drew a positive scouting report against the Wisconsin Blizzard in a game that Michigan watched.

Bacon scored a game-high 19 points in a loss to the Wisconsin Blizzard Saturday morning. The 6-6 swing man knocked down a few shots from the outside, but mostly used his athleticism and strong frame to barrel his way into the paint. Bacon can face up from 3-point range or mid-range, but is best when he’s attacking as the junior forward is a load to handle.

Sanders recently updated his recruitment with Future 150. He has a strong list of offers Central Florida, Marquette, Georgia Southern, Memphis, Rider, Murray State, James Madison, South Florida, Cincinnati, and Tennessee but an even more impressive set of high majors appear to be recruiting him closely and on the verge of offering.

According to him, Michigan, Louisville, Florida, Clemson, Ohio State, Georgia, and Kentucky have all been in contact with him recently, but haven’t offered.

Overshadowed by best friend Dwayne Bacon until this AAU season, the two have talked at length about being a possible package deal at the next level.

Hyron Edwards had somewhat of a disappointing spring but bounced back with a big July. He led Indiana Elite to a trophy in Indianapolis earlier this month and played well in Las Vegas.

Edwards scored the ball well in the first half, knocking in multiple perimeter shots and also getting to the rim a few times, as well as handling primary point guard responsibilities and doing a nice job defending on the perimeter. Around the basket, Edwards is small but crafty and can score in a variety of ways using his body control.

While his stock had slipped a bit, it wouldn’t be surprising to see Michigan’s interest perk back up in the explosive, but undersized, lead guard.

Michigan has been following Luke Kennard around the country and has also had an opportunity to watch his talented teammates including VJ King, one of the top sophomores in the country, AJ Harris and Nate Fowler. King showed out at AAU Nationals:

When looking at King it is easy to see why he is considered one of the top players in his class. He is extremely gifted athletically and used his gifts to overpower kids in his age group. No one can stop him from scoring at the rim and he has a decent shot, making him an offensive juggernaut.

Harris is a small but explosive point guard that loves Michigan; he will continue to be a viable point guard candidates for the Michigan staff to track. His size creates some inconsistency at times, especially finishing at the rim, but he’s an electric player that played well in Orlando.