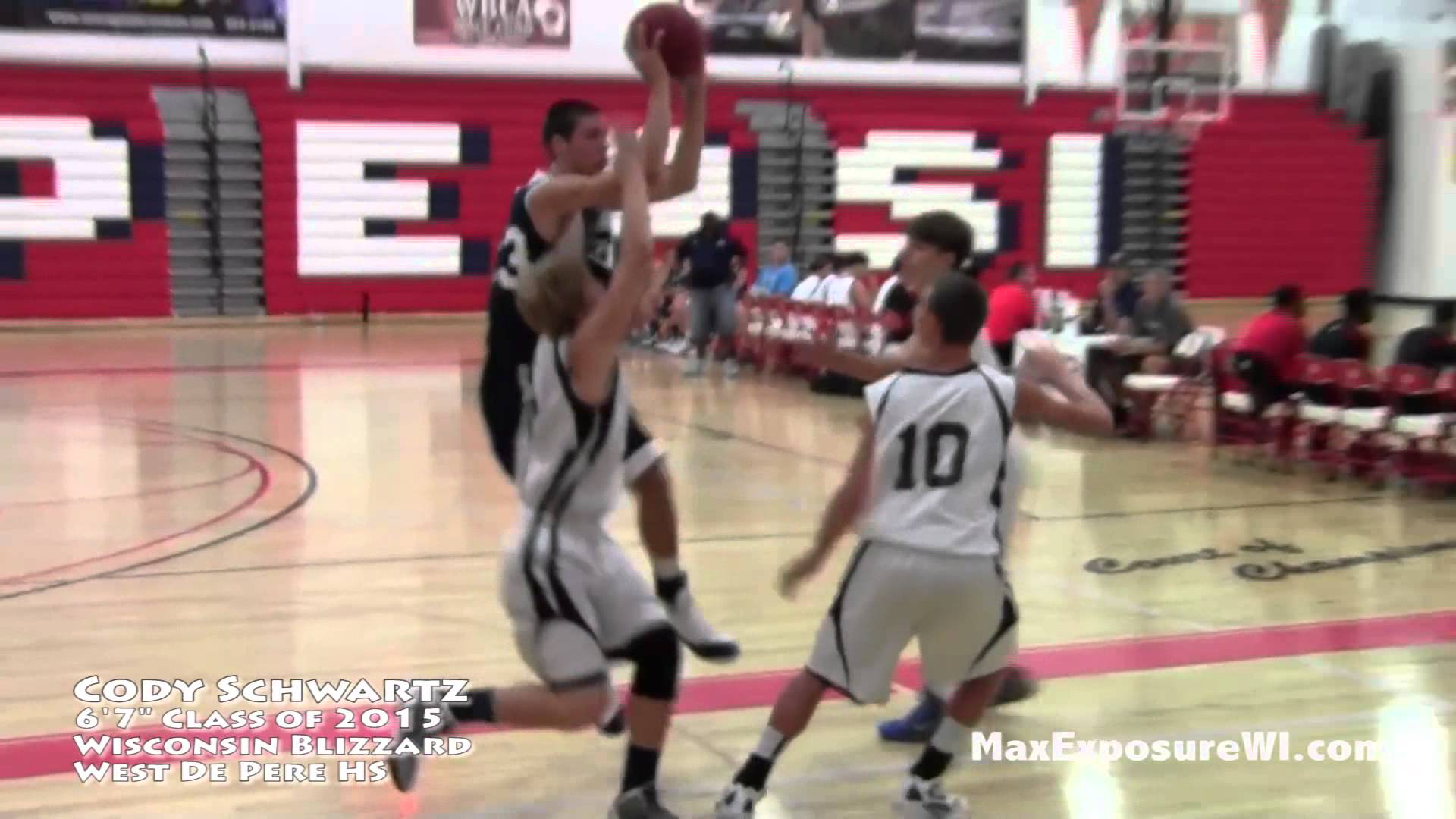 Cody Schwartz likes to stay focused on his games during the AAU basketball season, and not on the coaches who watch his game. That makes sense, because even if he doesn’t see who’s watching him, he knows someone else will: his little brother.

Schwartz said his brother is usually the one who gives him the rundown of which college coaches turned out to watch Cody play.

“I know my brother, my little brother is always the one who’s looking up in the stands at teams and stuff,” Schwartz said during on interview on Wednesday.

Lately, he’s been spotting more and more high-major coaches in the stands at his brother’s games, especially among the Big Ten variety. Northwestern, Iowa and Michgan have all shown out to watch the Green Bay, WI native this summer.

John Beilein was in the stands during an AAU event in Milwaukee, and even though Michigan hasn’t explicitly reached out to Schwartz personally, he explained that Michigan coaches have contacted his AAU coach a few times.

It’s clear the Wolverines are tracking Schwartz, a 6-foot-7 2015 prospect with a multi-faceted game.

“I play either the 3 or 4 position. I know my AAU coach utilizes me in different ways,” Schwartz said. “If there’s a bigger guy on me, he’ll put me more on the perimeter and I can try to take guys off the dribble. If there’s a smaller guy on me, I can post up. He tries to use me in a lot of those kinds of ways. I would say my strengths are causing mismatches, taking big guys outside and shooting and taking smaller guys on the inside and posting up and scoring.”

Schwartz has impressed this summer as a versatile scorer who can really open up the floor with his jumpshot and post moves. But he is still working on getting his body and his athleticism ready for big-time college basketball.

“I was really looking to get bigger and stronger, and more explosive,” Schwartz said. “If I want to play the three or even the four position in college, you have to be big and strong to be able to bang with those bigger guys. I think that’s going to be a big key for me. Ballhandling is also going to be something I’m focusing on a lot, so I can handle the ball on the perimeter and take guys off the dribble more. That’s what I’m looking at.”

His big summer led to his first high-major offer. Schwartz was recently offered by Marquette in July, and already holds offers from Creighton, Toledo, Northern Iowa and UW-Green Bay.

Other schools are showing interest as well. One of the most prominent is Northwestern and new Wildcats head coach Chris Collins, a former assistant at Duke. Schwartz visited Northwestern in June and said he believes in their new coach.

“It was good. I liked their campus and everything, and coach Collins, I liked him a lot,” Schwartz said. “He’s really going to, I think, get Northwestern up and running again.”

While Michigan isn’t showing quite the level of interest that schools like Northwestern, Marquette and Creighton are showing, it’s clear the Wolverines are interested. And in what has become a running theme this summer, Schwartz is also interested, in part because of what he saw from Michigan in the NCAA tournament.

Schwartz indicated that he liked how Michigan got solid contributions from nearly every player on its team throughought March and even in the national title game.

“They were such an all-around team, I think,” Schwartz said. “Trey Burke was the star, but you saw Spike Albrecht stepped up in the national championship, McGary had a great whole tournament overall. I think they played great as a team.”

Schwartz has no visits planned at this time, but Northwestern is trying to get him on campus during football season.