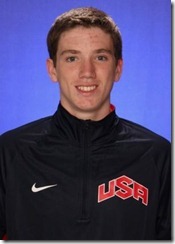 Before his star turn at the Adidas Invitational title game in Indianapolis last month, 2016 forward TJ Leaf’s recruitment was mostly restricted to his home state of California. While he held interest from Sand Diego State and UCLA, the Compton Magic standout didn’t have all that much national interest.

Then, Leaf blew up in the championship game in Indianapolis, scoring over 30 points in a loss. The sophomore was able to display his varied skill set, moving out from under the basket to knock down 3-pointers and even run the fast break.

Since that game, and throughout Leaf’s breakout summer, the El Cajon native has received interest from schools outside of the west coast — most notably from Michigan and Indiana.

Along with attention from other parts of the country, California schools have picked up the pace as well — San Diego State and UCLA have both offered, and Stanford, Cal and Arizona are also showing interest.

What has truly caused Leaf to stand out late in this summer is the fact that he’s developed a solid all-around game and is more than simply a post player. At 6-foot-8, Leaf can bang inside and get rebounds, but he’s also an adept shooter and ballhandler. And at only 16, Leaf still has a lot of time to improve.

You can bet it’s exactly that — Leaf’s versatility — that has Michigan coaches impressed. Leaf said Michigan assistant LaVall Jordan has been his primary recruiter, and while he’s only spoken to Jordan once, Leaf said his father speaks with him about twice a week.

Leaf said he’s spoken with Jordan “about Michigan and how I would fit there.” It appears Michigan has tailing Leaf throughout the final few weeks of the July evaluation period.

For Leaf, the interest is mutual. More and more, Michigan is becoming known as a program that lets its playmakers play and a team that looks to push the ball. Both of these qualities make the Wolverines very attractive to Leaf, who says he’s looking for flexibility in a program.

“One of my main things (I’m looking for in a school) is a coach who’s going to let you play,” Leaf said. “Obviously that will help my game a lot at the next level. Coaches who will let you go out there and make plays by yourself. Someone who lets you play.”

But it’s not just the freedom Michigan’s coaches give to their players that has Leaf excited. The talented forward also mentioned the fact that the Wolverines send players to the NBA Draft has a big effect on his perception of the program, as well as their recent success in the NCAA tournament.

Leaf watched most of Michigan’s games during the tournament, and one thing he noticed was the all-around games of Michigan’s wings. In fact, they reminded him of himself.

“They had Burke, they had a big guy, and then they had pretty much 3 wings who could do all of the above — they could go inside, they could go outside,” Leaf said. “That would actually be a really good fit for me. They’re really versatile and so am I.”

Leaf recently took a visit to San Diego State and said “it went well.” He has a full visit docket set for the fall, visiting UCLA at the end of August and Indiana on September 4th. Leaf will be visiting Michigan on September 7th.