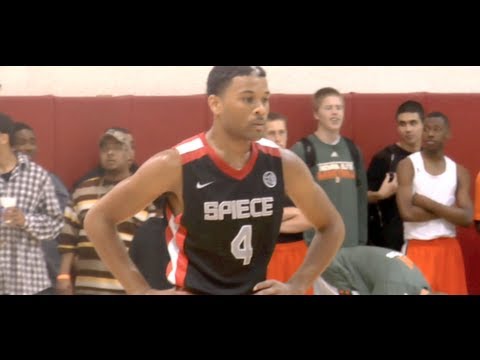 Michigan wants James Blackmon Jr. to visit Ann Arbor and an offer could be waiting for him if he does. Blackmon decommitted from Indiana a week ago and has drawn interest from nearly every school across the country.

Correction: Michigan has not offered Blackmon yet. Want him to visit.

Blackmon said that he hasn't planned a Michigan visit yet, but it's more than likely he will visit.

Kentucky is widely presumed to be a key player for Blackmon, who’s father played for the Wildcats, but Michigan has some prior familiarity. Blackmon has been to Ann Arbor before, he was sitting next to Austin Hatch this March when Indiana played at Michigan. Blackmon was committed to Indiana at the time and the visit was thought to be at least part of the reason for the rift between Tom Crean and Michigan assistant coach Jeff Meyer after the game.

Luke Kennard recently visited Kentucky and the Wildcats seem to have made a strong move in his recruitment. Kennard’s family has never made it a secret that they are Kentucky fans but Michigan had done as good of a job recruiting Kennard as anyone over the first two years of his high school career. July appears to have changed everything. Kennard recently visited Kentucky again and the reactions from both him and his father have been telling:

“It was really cool getting to sit and talk with coach Cal about my game,” Kennard said. “Cal’s main message to me was just that he wants me in a Kentucky uniform. He told me let’s get it done.”

While Kennard still denies having a favorite at this time, the class of 2015 product said that he likely will make a decision sometime after his junior season of high school basketball.

Asked about the chances that Calipari get his wish to get him in a Wildcats uniform, Kennard responded, “There’s a good possibility.”

There’s more of the same in this Q&A with The Devils Den, the Central Kentucky News and Vaught’s Views. Recruiting against Kentucky is never easy but is even harder when the prospect in question has so many ties to the state. Michigan is still involved and will likely remain involved until the end but the recruitment appears to be trending toward Lexington.

Big visits ahead for Dwayne Bacon

Visits – and potentially offers – from Michigan and Kentucky could still be on the way, according to a recent interview with NY2LA Sports.

As crazy as the process has been for Bacon thus far, it could get even more hectic this fall. Both Kentucky and Michigan are highly interested in the junior wing. The Wildcats have made an interesting pitch to Bacon, while the Wolverines are hoping to get the Florida native on campus to offer.

Michigan: “I can get the offer, but they want me to visit. They’ve been recruiting me since eighth grade.”

The Indiana Recruits posted an updated highlight film of Trevon Bluiett this week. Bluiett has Michigan in his top group and is planning an official visit to Michigan this fall for a football weekend.

As well as footage of his teammate, one of the many new combo forward targets on the Michigan radar after this July, Josh Cunningham.