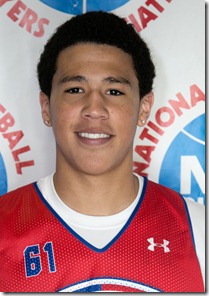 He will take his first official visit to Michigan State on September 6th for the Spartans’ football game against South Florida. He’ll follow that visit with a trip to Kentucky for the Wildcats’ alumni game. Booker had originally planned to visit Kentucky for “Big Blue Madness” on October 18th.

Booker will travel to Ann Arbor on October 5th for Michigan’s football game against Minnesota before traveling to Missouri, where his father was an All-American, on October 19th. Booker has visited Michigan seven times throughout his recruitment but his official visit to Michigan will be his first trip to Ann Arbor with both of his parents.

Booker will also participate in the Under Armour Elite 24 All-Star Game in Brooklyn on August 24th, which will be broadcast live on ESPNU.

A visit date has not been set to Florida, the final school on Booker’s list of five. Booker plans to make a college decision before the early signing period which begins on November 13th, 2013.