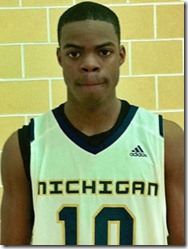 All are very talented. It’s likely that they will see significant time this season, though with Donnal it’s unclear who much he’ll play given how crowded Michigan’s frontcourt will be. Taking their already-high skill level into account, it may seem surprising to find out what the freshmen are working on during their first few practices as Wolverines.

“Right now, it’s catch the ball with two hands, pivot correctly, it’s boring right now,” John Beilein said during a press conference on Wednesday. “But we want to do the same thing we’ve done with all our players: some basics.”

It may be boring, but it has proven essential. Michigan is, definitively, the best in the country at holding onto the ball — the Wolverines ranked number one in turnover percentage last year. There’s the way players catch the ball, pass the ball, and pivot in high school, and then there’s they way Beilein demands his players do all those things.

Beilein is obsessive about those minute details of the game, and it’s a big reason Michigan’s turnover rate is so low. And when the Wolverines go up against teams that thrive off of creating turnovers, they have the edge — remember VCU last season? The Rams’ whole gam plan revolved around an attacking press designed to force turnovers, but Michigan was unflappable. Numerous players after that game said the reason for that was Beilein and the coaching staff’s focus on fundamentals from the minute they walked in the door.

This class of freshmen will learn the same things. But other than just the offensive fundamentals, Beilein is also trying to preempt what is usually a classic weakness of first-year players: defense.

“In the summer we don’t do a whole lot with defense because there’s not a carryover, but these next four weeks will be so much about individual and team defense,” Beilein said. “We only have four at a time now, so individual defense, but once we get past the 15th (of September) we’ll do team defense.”

Irvin has been noted for his defensive prowess throughout his prep career and with his versatile frame has guarded nearly every position. Still, the college game is different and most freshmen struggle on the defensive end.

For all of the freshmen, Beilein said their greatest hurdle will be the workload. Learning how to juggle practice, games, school, film study and everything else is always difficult and it takes time.

After seeing Walton work out with the guards, Beilein expressed hope that Walton will pick up on the college game quickly.

“There are young men who really pick things up quickly, and we hope Derrick is like that,” Beilein said. “Early indications are that he is.”

But Beilein saved his most effusive praise for Mark Donnal, the least-heralded player in the class. The 6-foot-9 forward is versatile and very skilled, and Beilein was clearly impressed with what he’s seen of him.

“I had six hours with him when he came back. He’s played both with his back to the basket and on the perimeter,” Beilein said. “He’s the youngest of all the freshmen, with a spring birthday. He was 17 all last year, so looking at that I think he has great promise because of his age.

“I think he probably has as high a skill level of any big man we’ve had come in here. He certainly has. Now, putting it together and understanding it all, playing on the perimeter defensively or offensively, always a challenge for big guys