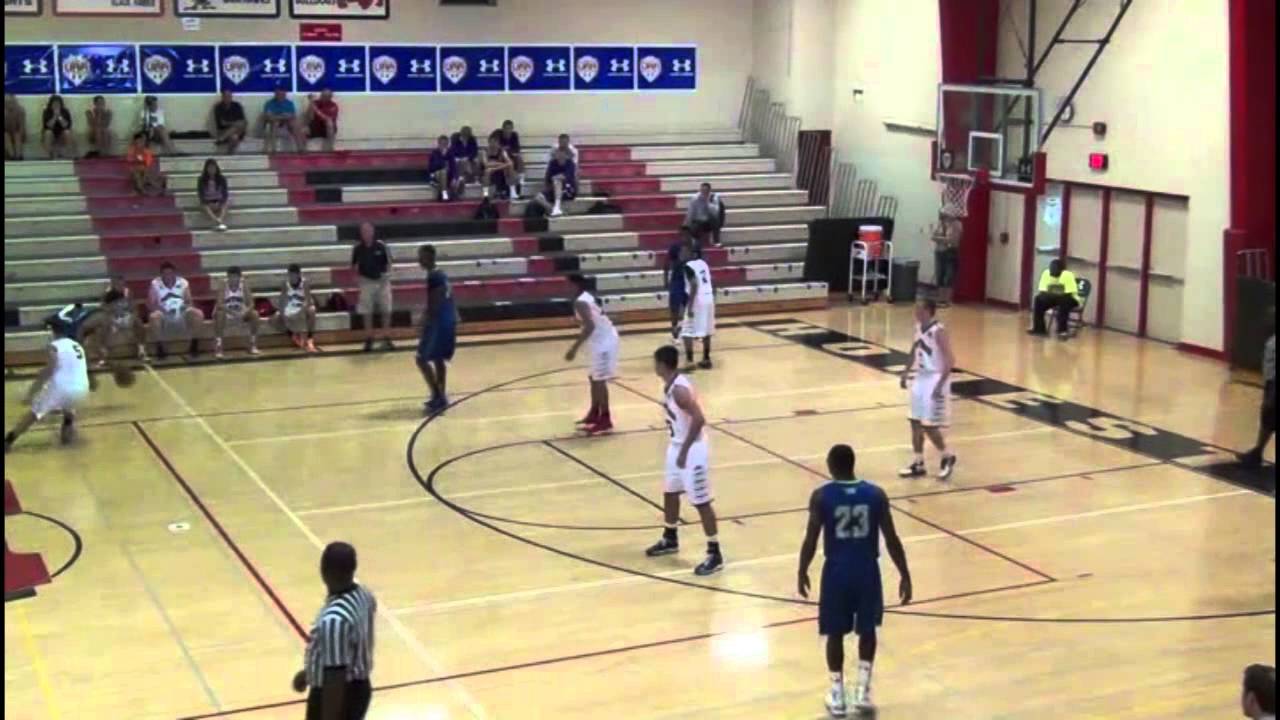 DJ Wilson missed much of the last year due to injury but is still drawing major recruiting interest from across the country. The 6-foot-8 forward is currently on an official visit to Columbia and will visit Gonzaga and Michigan in the next two weeks. Wilson has drawn comparisons to Austin Daye due to his length and shooting ability at the four spot. We took the time to breakdown some film of Wilson from this July in the scouting video and detailed report below.

Find our full scouting report after the jump.

Strengths: Watching Wilson play, everything starts with his jumpshot. His form is picturesque and quick and his consistency was impressive in the film that we watched. He loved shooting corner threes but was comfortable at the top of the key as well and even knocked down a handful of mid-range jumpers.

A lot of players have a jump shot but not many have the size and length that Wilson does. At 6-foot-8, pushing 6-foot-9, he has incredibly long arms which allow him to get his shot off anywhere on the floor. He moves fairly well bin the open floor and while he’s not an elite athlete, he’s athletic enough to make the most of his length around the rim. He blocked his fair share of shots and picked up a few easy put-backs due to length alone.

Wilson has excellent perimeter skill and feel for the game offensively. He can put the ball on the deck and slash the lane but also showed off a variety of passing skills in the lane including drop off passes and touch passes for open layups along with several drive and dish kick out opportunities for his teammates. Wilson’s ball skills, shooting ability and size make for a rare offensive skillset. He spent time at a number of positions for his Team Superstar AAU squad, including playing some offguard and handling some primary ball handling abilities.

Weaknesses: Wilson needs to add significant strength before he can contribute at the Division I level. He gets pushed around near the basket on both ends of the floor which affects his ability to defend and rebound. He showed off flashes of a back to the basket game but primarily settled for the turnaround jumpshot. He needs to continue to work on attacking the basket and getting all the way to the rim. While he showed the ability to get in the lane, he usually settled for a floater or a pass to a teammate.

Perhaps because of his lack of strength, Wilson plays a bit passive or tentative on both ends of the floor. He needs to become more assertive, demanding the ball on offense and trying to make plays on defense. He had a number of rebounds grabbed or poked away and lacks physicality in his play.

Overall: The stretch four position is en vogue these days but John Beilein has been ahead of the times in that regard. When you see a long 6-foot-9 player with a smooth shooting stroke it’s tough to think anything other than “Beilein guy”. Wilson fits the bill and you can see why the Michigan head coach was drawn to him.

Wilson missed significant playing time over the last year which explains why he’s fairly under recruited at this juncture. His ability to make an immediate impact at the college level depends almost entirely on his strength and a coach that can get the most out of him. All of the tools are there but Wilson needs realize them and start to turn them into production.