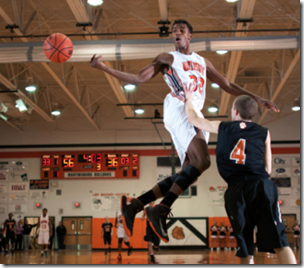 Class of 2014 prospects Donte Grantham and Kameron Chatman are expected to announce their college decisions before the end of this week.

Grantham and Chatman are two of the four class of 2014 prospects that currently hold Wolverine offers.

Chatman will decide between a final four of Arizona, Michigan, Oregon and USC. He visited all four schools officially over the last month with his most recent trip to Arizona. Arizona recruiting websites are buzzing over the possibility of a Chatman commitment, causing a run on his Crystal Ball with seven predictions for Arizona since the weekend.

First reported by Scout.com, Chatman is expected to announce Wednesday or Thursday after he hosts John Beilein for a final in-home visit on Tuesday evening.