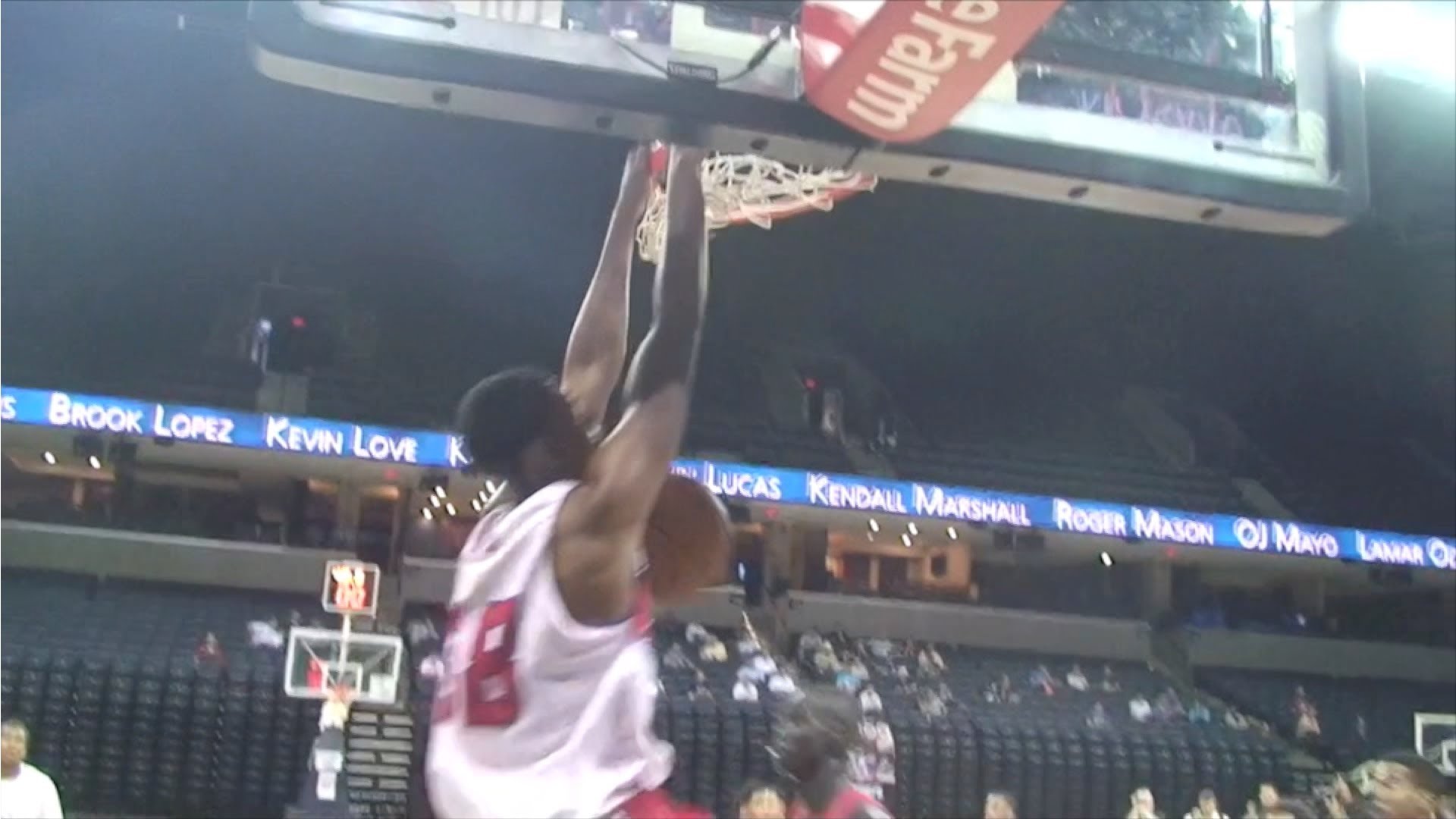 Michigan added its first commitment since March today as 6-foot-7 wing Kameron Chatman pledged to John Beilein and the Wolverines.

Chatman is the consensus No. 32 player in the class of 2014 and is rated a four-star prospect by all major scouting services.

He visited Michigan twice before committing. First for Michigan’s College Practice Camp in June, where he was offered a scholarship, and for an official visit for Michigan’s football game against Notre Dame.

More on Chatman including rankings, background story, scouting reports and video after the jump.

Chatman has bounced around a bit over his prep career. He sat out his junior year after transferring to Long Beach Poly to play for family friend Sharif Metoyer. After being ruled ineligible due to California prep recruiting rules, Chatman will transfer back to his original school, Capital Christian in Oregon, for his senior season.

Chatman averaged 15.8 points, 9.8 rebounds and 2.6 assists per game while playing with ICP Elite on the prestigious Nike EYBL circuit over the summer.

Chatman is considered as a prospect with the ability to play the one through four positions. At 6-foot-7 plus, he has stretch four potential, especially given his left handedness. However, he’s been renowned for his ball skills throughout the summer circuit and has the ability to handle the two or three positions with ease. At times Chatman has been criticized as being somewhat too passive but his skills have been clear to anyone that’s watched him play.

His travel squad, ICP Elite, has struggled some during the first two weekends of the EYBL, going 2-7. However, after missing pretty much his entire junior season due to transfer rules, Chapman is putting up impressive numbers. He’s averaging 16.3 points and 11.4 rebounds against top competition. For a kid coming off of a long layoff that’s solid work, and he’s high on the list of guys we are eager to see.

Chatman has a terrific frame with very long arms and overall great length. The left-hander has a soft shooting touch that should get better with added strength. He handles the ball fairly well and is an adept passer. Chatman is a confident offensive player that looks to score and can in a variety of ways. Threes, mid range, to the rim and finish with length and post smaller defenders and simply elevate over them.

Chatman is far from a finished product, but the upside is evident. His high hips and extremely long arms suggest he isn’t finished growing yet. He’s a scoring wing with great length. He can get buckets in a variety of ways and will be a major college wing that will be a factor and contributor on the offensive end of the floor.

Chatman is one of the most versatile players Michigan could land in the class of 2014 because he has the ability to play the two, three and four.

He has the ball skills to play the two or the three but his left handedness makes him a perfect fit or the four position in Michigan’s offense. Depending on how Michigan’s class fills out, Chatman has the ability to play a number of positions in Michigan’s offense and gives the Wolverines flexibility going forward.