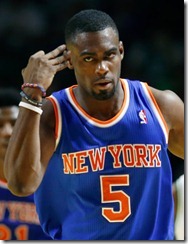 The top 2014 targets on Michigan’s recruiting board, Devin Booker and James Blackmon Jr., both took official visits over the weekend.

Booker took his fourth and final official visit to Missouri, where his father was a former All-American. Booker told USA Today’s Jason Jordan that his Missouri visit was a 10 out of 10, “”I got SO much love up there man. It was crazy!”

The 6-foot-6 shooting guard’s high school coach had originally reported that an October 31st announcement date was likely, but nothing has been formally announced.

Blackmon took an official visit to Kentucky for Big Blue Madness over the weekend. An October 22nd decision date had been thrown out as a possible decision date for Blackmon but recent reports after Tom Crean’s in-home visit last week state that he plans to visit Indiana before reaching a final decision.

Both Booker and Blackmon are still expected to announce their college decisions by the early signing period which begins November 13th.

While much of Michigan’s recruiting focus has been on the class of 2014 since the summer ended, there are still a handful of high priority 2015 targets on the board. Class of 2015 point guard Jalen Brunson is one of three players with a Michigan offer in the class and the interest is mutual.

Brunson visited Michigan over the summer, when he received an offer, and again for the Notre Dame game this fall. Brunson recently added an offer from Michigan State and set off on a couple visits on the East coast. Brunson visited Villanova and Temple over the weekend. Brunson’s father, Rick, played at Temple in the early nineties. Brunson also visited Syracuse earlier this fall for their Elite Camp.

It’s been a chaotic couple of weeks for Tim Hardaway Jr. and Trey Burke in the NBA. Burke had surgery on a broken finger and will be in a splint for three weeks. He’s expected to miss anywhere from 3-12 weeks depending on who you believe. Burke is staying the course, according to a feature on the Jazz blog:

“I’m not an injury prone player,” Burke said.  “I’m staying as positive as possible for myself and for my teammates.” “He has shown that he approaches things of this nature very well,” said head coach Tyrone Corbin. “He can learn in different ways. We’ll have him watching.”

He got off to a rollicking start in the Knicks’ preseason opener against the Boston Celtics last week by drilling a game-winning jump shot. Three days later, all that good feeling vaporized like a plume of talcum powder as Hardaway, once again facing the Celtics, clanged his way to a 3-of-16 shooting effort in a blowout loss.

Knicks coach Mike Woodson is more worried with Hardaway’s defense than his inconsistent shooting but loves his potential.

Woodson has spoken highly of Hardaway since the start of camp, saying he has an “old-school, throwback game.” It remains to be seen where Hardaway will fit on a roster heavy with guards. If he wants to build his minutes, Woodson said, there are areas where he can improve. “He’s got to be able to defend, and I’m not seeing a whole lot of that yet in him,” Woodson said.

CBS Sports ranked the top-100 players in college basketball and three Wolverines made the cut: No. 11 Mitch McGary, No. 18 Glenn Robinson III, and No. 68 Nik Stauskas. Too high? Too low? It’s tough to argue with McGary and Robinson’s ranking but Stauskas is the x-factor. He has the ability to out-perform his ranking but there are also questions surrounding his new role.