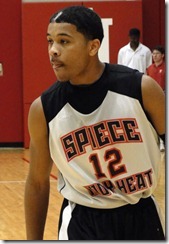 Blackmon is expected to pick between Indiana, Kentucky and Michigan. The 6-foot-3 shooting guard took official visits to those three schools after decommitting from Indiana this fall.

Blackmon is one of two Michigan targets expected to make a decision in the near future.