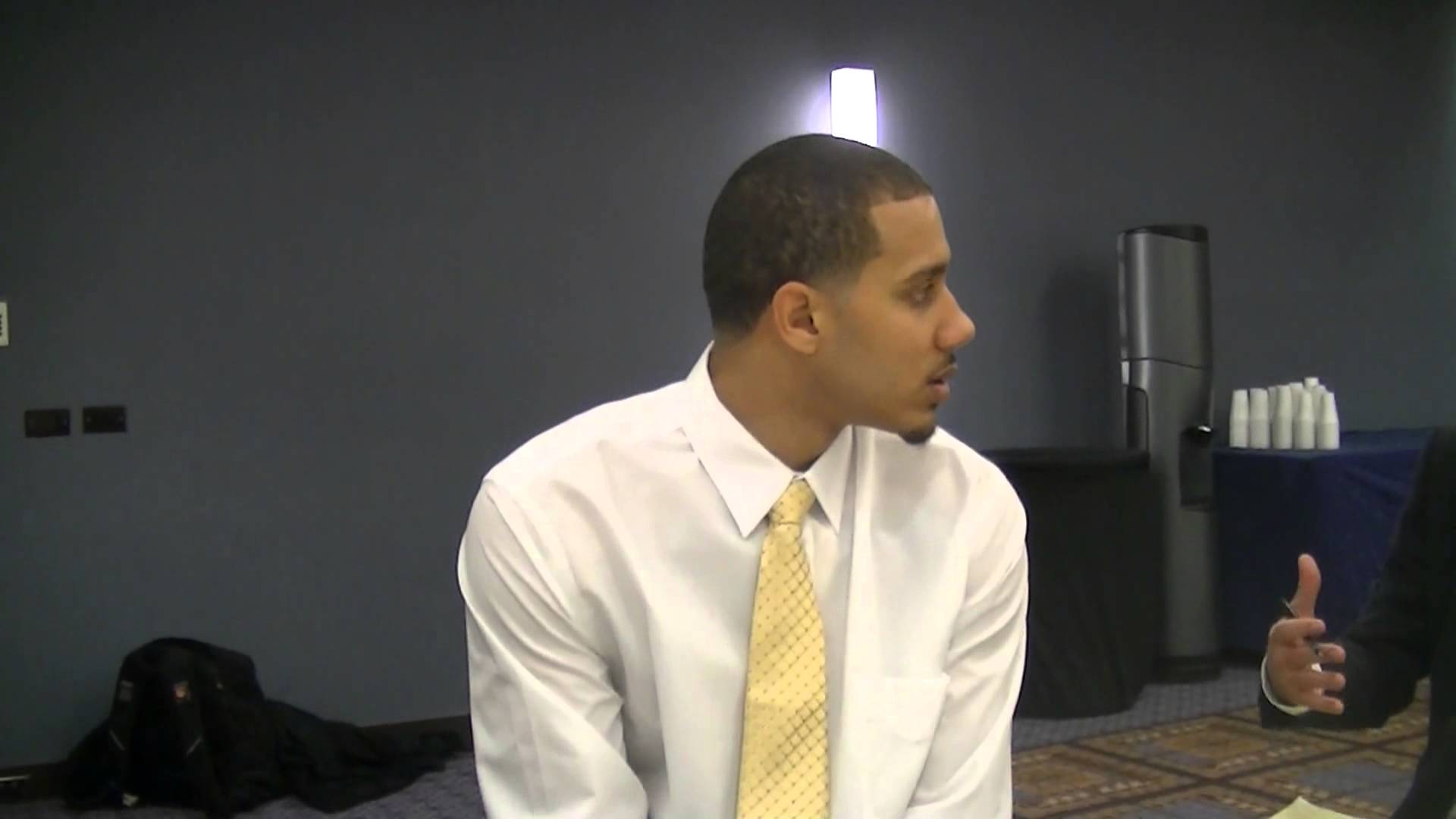 Fifth-year senior Jordan Morgan met with the media this afternoon at Big Ten Media Day. Morgan discussed leadership on Michigan’s young roster, league rule changes and more. Watch some of what Morgan had to say in the embedded media player below or find quotes after the jump.


On leadership: “You guys might see Glenn [Robinson] fairly quiet, but Glenn has been very vocal this fall. He’s kind of stepping up and being that guy who’ll say what our team needs. But we have guys who aren’t afraid to speak up.

On rule changes: “Not the way we teach it, but we just put more of an emphasis on really being in position now and really being ready to get there. I’m interested to see how it’ll kind of play out. Eventually it’ll get settled in an area where refs will get comfortable and you’ll know when you can take a charge. There’s going to be that transition period where it might be different or it might not be different, so I don’t really know. I know that, when we’re going over the rules, it sounds really hard to take a charge at this point. All you can do is just adjust.

“To be honest, at a certain point it just gets to where there’s an unspoken way to play. In the past, there are times when people do foul. They didn’t necessarily call it because that’s just the way people play. It might be the same way. … I’m interested. I don’t really know how it’s going to play out.”

On the Big Ten:  “I think that there are definitely other physical teams out there. West Virginia, when we played them, they were definitely physical. But as far as across-the-board across the whole league, I don’t know if there is a league that’s as physical as the Big Ten. Every night, it’s like a fight. You’ve got some of the best scouting teams in the country across the board. The top is very physical, very well-coached, very well-scouted.”

More on leadership:  “I just think that it was very evident when we started practice that that vocal piece was not there. And if you take a look at our team, it’s pretty easy to understand why. You’ve got our six sophomores including Max [Bielfeldt] who were freshmen last year. They didn’t have to be vocal, they didn’t have to direct guys. They just had to do their job and we were all there — me and Tim and all our seniors were kind of there to guide them. Now they’re sophomores, and it’s just me and Jon [Horford] back there, so now they have to guide the same way that we did.

“For them, when we first started practice, I don’t know if they were comfortable yet being that vocal, kind of directing guys, because that wasn’t what they had to do before. But we’ve had a lot of growth recently in guys stepping up and being vocal, guys telling people where to go, talking to each other in practice. There’s been a lot of growth in that area. But to begin practice, I think we lacked that. Because outside of myself and outside of Jon, we had all freshmen and sophomores. Me and Jon can’t talk for the whole team. We were very open. We were like, hey, we need you guys to talk and be vocal and be encouraging, because outside of us two, you guys make up all the experience we have. It’s a new role for them, and I think every day they kind of put it on themselves to get better and talk to their teammates.”