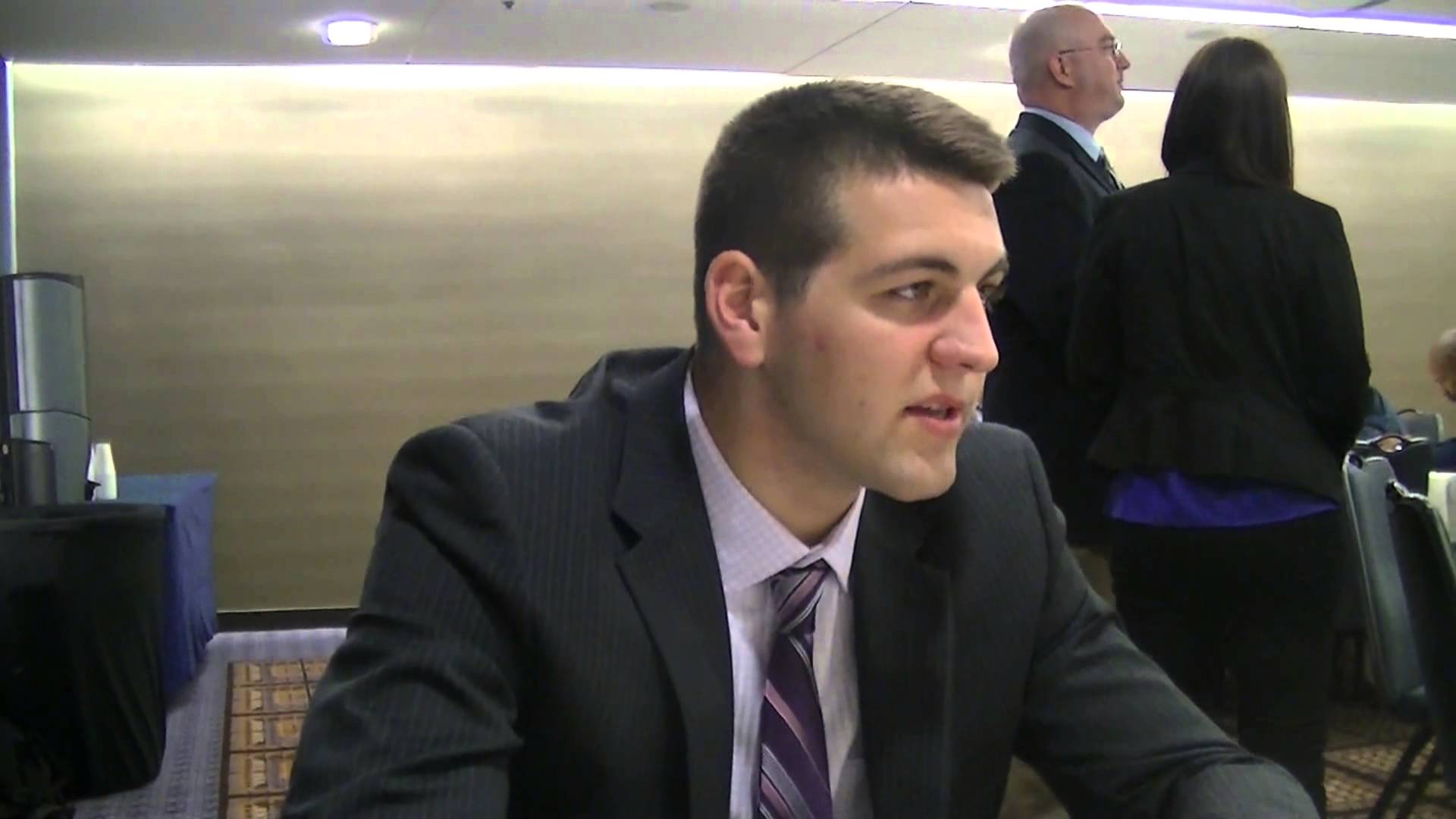 Michigan sophomore Mitch McGary still isn’t playing but he was in Chicago to answer questions at Big Ten Media Day earlier today. Watch some of what McGary had to say on the NBA, Glenn Robinson III and more in the embedded media player below or find quotes after the jump.


On watching the NBA draft and thinking “that could have been me”: It can be me. I don’t know when. But I think when I’m ready, I’m ready.

On not needing a whole season to be respected by the NBA: Yeah, I think so. It was just with that six-game span (in the nCAA tournament). People were talking about me nonstop, and I realized they were blowing me up and making me out into this big player when I barely showed anything.

On if it was frustrating to watch the exhibition game on the bench: I thought I looked good (in the suit and tie). It was a little bit stressful. It was frustrating just to see them playing and going out there and having fun. I was trying to encourage guys to keep playing. I was thinking, ‘When am I going to check in?’ I’ll be back sooner rather than later and I can’t wait to get back.

On his friendship with Glenn Robinson III: We do lean on each other a lot. We’re best friends and we’ve been best friends for a while. We talk to each other about things we wouldn’t talk about with most people. We have that relationship where, whenever he’s in a bad mood, I know it. I’ve always felt like I know where he’s at all the time, I know where he’s at. We have that kind of relationship, that friendship, I guess that telepathy where we know where each other’s at and we know what the other is thinking because we’ve been friends for so long.

He doesn’t show it. He never shows it. He tries not to show emotion, but I can tell just from being around him for so long. Whenever he’s down, I always try to say a few words. We lean on each other pretty heavily, and it’s good to have a friend on the team as close as he is to me.

On his leadership: I told him (coach Beilein), being off the court right now, I don’t want this to take time away from the team from a leadership standpoint. I want to be 100 percent engaged in the team even if I’m not on the court. I’ve been more vocal in practice. And last night at the game, trying to help the guys out any way I can, whether it’s encouraging them and keeping their spirits up or telling them where they need to be in plays. I’m kind of a veteran now even though I’m a sophomore.

On his relationship with Branden Dawson: We all went to dinner last night at a steakhouse, and it was Michigan, Michigan State and Ohio State all at one table. I’m good friends with Aaron Craft, as well. We’re all big rivals on the court, but off the court we can all kind of let loose and have fun. I’ve been calling Branden “BJ” from AAU days — we all played AAU together. He’s a character for sure. Off the court we still have good friendships and have fun.

On Michigan State being number one, Michigan number two in preseason Big Ten rankings: I think so. I consider Michigan-Michigan State one of the biggest rivalries in the country, in any sport, really. I think that kind of elevates the expectations of that game. I think one of the game will be on Gameday, so they’re hyping it up even more.