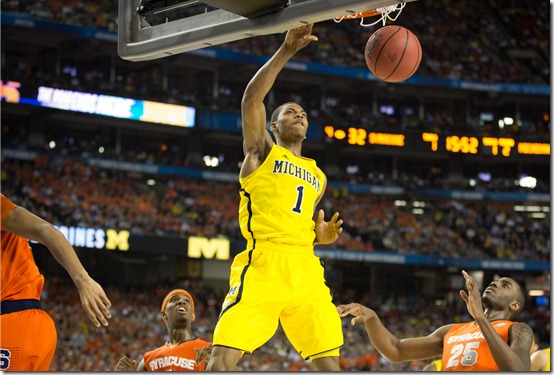 Michigan basketball is back. Seven months ago the Wolverines walked off the floor at the Georgia Dome after falling short against Louisville in the National Championship. It feels like yesterday, but Michigan finally has a chance to move on as it tips off the 2013-14 season at the Crisler Center tonight.

The Wolverines will hold a Final Four banner raising ceremony at 6:40 p.m. before facing UMass Lowell at 7:00 p.m. There will be no television coverage but game will be broadcast by the Big Ten Digital Network (how to watch?) over the internet.

Join in the discussion in the open thread below to follow along with in-game updates and add your two cents on Michigan’s season opener.