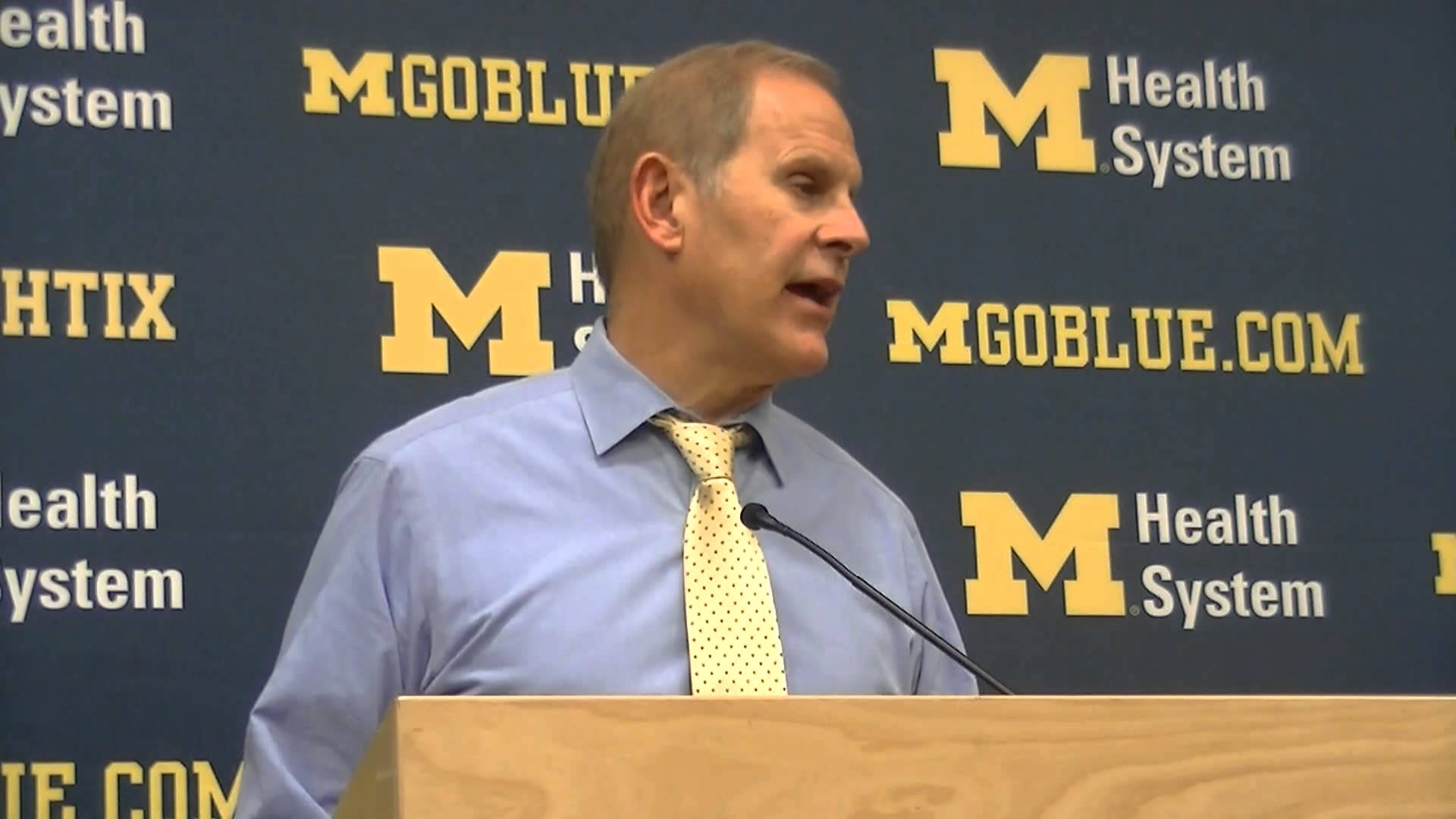 John Beilein met with the media after Michigan’s season opening win against UMass Lowell on Friday evening. Watch Beilein’s press conference in the embedded media player below or read the transcript below.

Opening statement: “I’ve known Pat Duquette for a long time at UMass Lowell and turning around a program in Division I is quite a challenge, but he’s got a great plan. He shortened the first half and didn’t give us any transition buckets. Made us make shots, and we didn’t. The silver lining to that is that we had to play basketball and somebody had to make some plays to get us going. We were 1-for-9 in the first half, shot awful from wherever we were, and got a little antsy at times with our offense. Good thing our defense held them to 33 percent, 23 points or we would have been down at half. Great learning time for us, and I’m glad to get a win.”

On getting out in transition in the second half: “It’s hard to put my finger on it.We did get clean stops and really got out and ran, that’s how we got some big points. We had some guys probably make some shots. I don’t think in the second half we took a hurried shot. I the first half we took four or five. … The things before we got from veterans, now who are those veterans that are gonna help us out there? But it was a stagnant first half that’s for sure.”

On the defense in the second half: “Especially when we go to our bench and bring Zak (Irvin) and Jordan (Morgan) off the bench, those are pretty good two defensive guys to come off, as well as Spike (Albrecht). They (UMass Lowell) got the steal on the turnover. They had two baskets on stupid passes really and that’s two of their six baskets in the second half. The defense was really good, and then we got out and got some clean rebounds and made some plays in transition.”

On watching the banners go up: “I don’t know if it’s a relief but we needed closure, that’s for sure. … It was a great experience and I really sat there and just looked at it. To have those two banners with our teams is a great step in the right direction. Let’s put some more up.”

On starting Derrick Walton and Caris LeVert: “As we went through this thing, we gave 30 practice days trying to find some way to play with two big guys. Really, it wasn’t about them — it was about Caris LeVert. Let’s get him on the floor any way that we can. That was our thought. We played that way before, and we have a lot of people playing well in space than we ever had before. Glenn (Robinson III) and Caris are out there, Nik (Stauskas) and Zak are out there doing things that guards do. That’s a lineup that you’ll probably see quite a bit out there at different times as we wait for Mitch (McGary) to return.”

On Caris LeVert’s progress: “His quickness, his second dribble, he just explodes by people. And then you compliment that with a really solid 3-point shot, he’s a tough close-out. And that’s all the game is now, getting in the lane and closing out. When you’re running at him and he’s running this way, he’s tough to stop. He’s learning more about spacing the floor and who’s open. We put him in a couple of pick-and-rolls near the end so he could maybe see over the top, and he made two really good plays.”

On rotations that caught his eye: “I wanted to make sure we had enough scorers and enough defenders out there. … I think we’re still experimenting a lot. We had the three-headed center, and then the other seven guys who’re just going to play. We’re just going to rotate in. We’ve got about nine people there, let’s just go in and play and see what we can do with it.”

On the difficulty of taking charges: “There was a couple that I thought I’d like to see them look at and see if it was the right call. It’s going to be in question all year long. Before he begins his upward motion, you have to be set. That’s going to be difficult. For a guy to decide, ‘hey, I’m not going to take a charge because he’s starting his upward motion,’ you can’t tell that. You have to be there earlier, I guess.”

On the post-ups by Jon Horford: “Obviously, that’s something we’d like to do. That was Jon’s first of many, I hope, post-up baskets. Because he can do it and now he has to do it in a game. He’s getting plenty of time isn’t he? So he’s going to get plenty of opportunity to do that.”