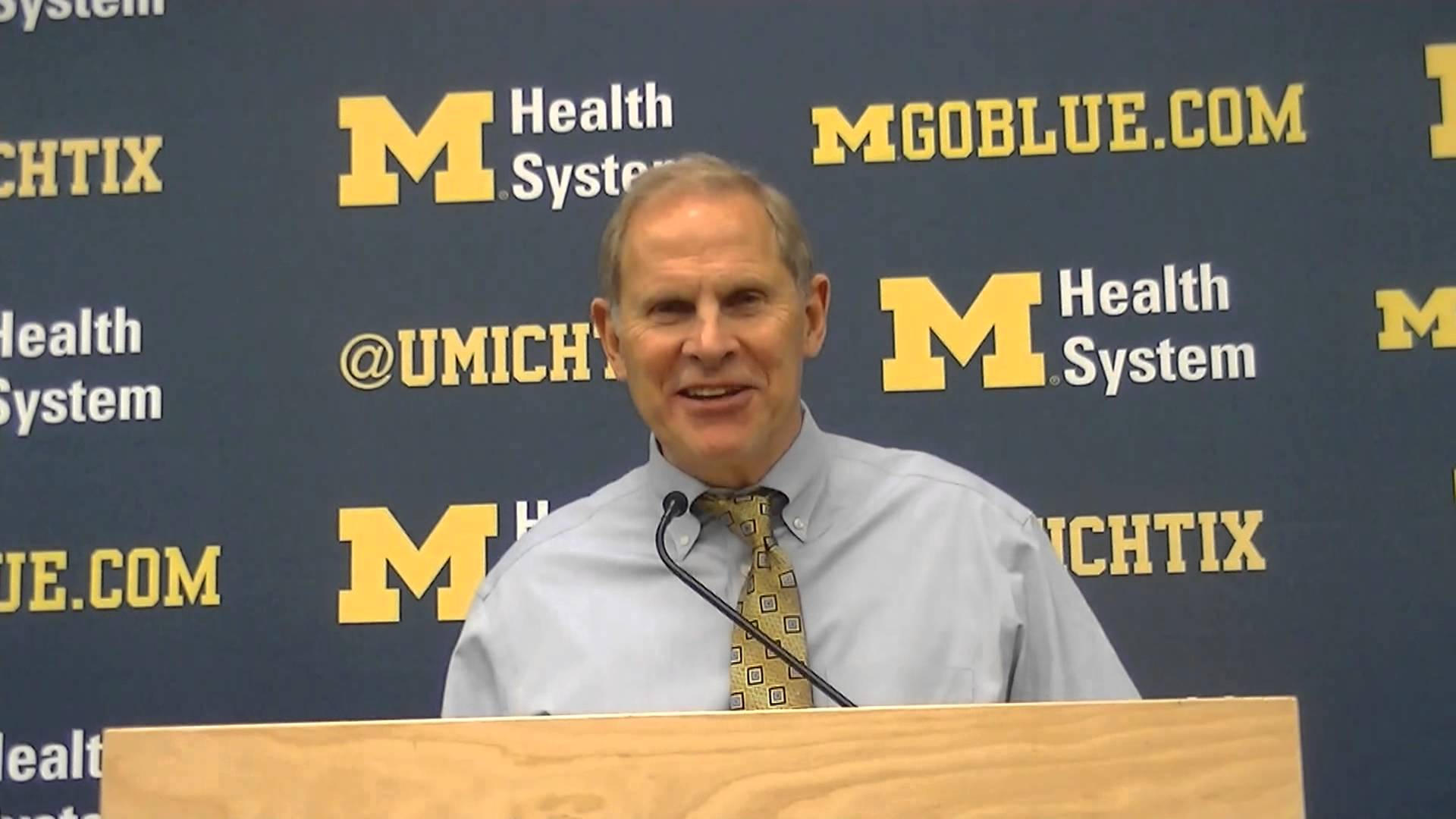 John Beilein was available to speak with the media for his post-game press conference after Michigan’s 93-59 victory over South Carolina State on Tuesday. He addressed his team’s hot shooting, its upcoming trip to Iowa State and much more. You can watch the full interview using the embedded media player below and read notes and quotes after the jump.

Opening statement: “I really love the way we came out with a lot of energy, played together. Defense, 23 points in the first half was another really great defensive effort.”

On Caris LeVert: “He is a nightmare on a closeout, which is what the game has become. When someone has to go get to him, he can either shoot it in or go by you. And his seeing the floor is huge for us. The way he’s shooting the ball, this is the way he’s been shooting a lot during the fall period, so he does give us one more additional player out there who can stretch people.”

On going against South Carolina State’s defense: “They were spreading out, there was 3-2, there was 2-3, they were pressing us. But most of the time in that first half we were in transition offense because of clean rebounds and a fast break.”

“We didn’t run a lot of plays today. We just played ball because of the nature of the fast break. And the nature of the defense, we have some keys that we go against a press or a half-court zone, and we just tried to look to do those. In the second half, I don’t think we had the same running, we didn’t run as well, and we didn’t execute maybe quite as well. We got a little complacent, but that’s going to happen when you’re up 30.”

On open looks from the 3-point line: “I think this team (Michigan) can get open looks against a lot of zones. We have enough skilled guys to do that. It was the idea of pushing the ball to the rim. We didn’t get to the foul line a lot, but they sort of shrunk their defense into the paint and we could find a lot of open corner threes in particular.”

On Jon Horford: “Some of those stretch rebounds he gets, they’re above the rim. He’s a big man now. I do like that he’s doing that. We corrected him mid-game — Jon, don’t try and tap those in, just grab them and put them in. And he did that the last two times with those two finishes. All kinds of small, small steps from Jon and Jordan (Morgan), and we have to keep working with that.”

On players adjusting their roles on the fly: “There was no question when Caris got it going, they love Caris LeVert, and I wasn’t taking him out until he missed one, because he did need a rest. Same thing when Nik (Stauskas) gets it going. They really look for each other and we preach it as much as we can: when someone has it going, let’s find him. And we did that.”

On a game within a game between LeVert and Stauskas shooting: “I don’t think so, but maybe there was. It’s okay. They’re good friends. I just loved the way — not only did they shoot the ball well, but they took the ball to the basket. Nik got to the foul line again. That’s a big thing for him, as well.”

On his team being ready for upcoming challenges: “We’ll certainly find out. What an opportunity for Iowa State. It certainly sounded like a good idea two years ago when they said ‘We’ll come to your place, and then you can come here two years later.’ But it’s going to be an incredible environment. I’ve never been to Iowa State, but I understand it’s going to be a great atmosphere. Between that and coming back late at night, and now we’re leaving Tuesday for Puerto Rico with a short prep … it’s going to be difficult, but it will sort of be like what we’re going to see in the Big Ten, certainly in the Big Ten tournament and in the NCAA tournament.”

More on Caris: “This is a great start for him. We’ve been seeing this for a month, now. We could play around with bringing him off the bench, but who are you going to take out of that lineup right now so that somebody else can play? We’re going to keep working at it, we can tweak some things some more, but at the same time, he’s got to be out there on the floor.”