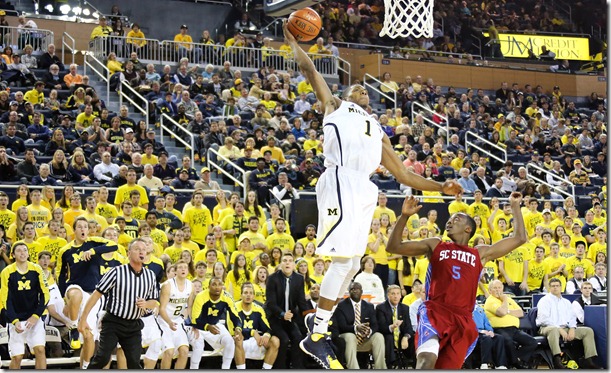 Michigan has already played two games this season but starting today: basketball is back. The Wolverines will finally be challenged tonight as they go on the road for their first game against a major conference foe this season.

Folks in Ames are saying this is potentially the biggest non-conference home game in school history and Hilton Coliseum will be buzzing with Dick Vitale and Dave O’Brien in the house to call the game for ESPN2. The best players on both teams have been injured but there’s at least a chance that Mitch McGary (back) and Melvin Ejim (knee) will suit up and give it a go today. Ejim is a “game time decision” while John Beilein didn’t rule McGary out on Friday, saying that he will play if he dresses.

UPDATE (3:49 p.m.): Mitch McGary is dressed and should play tonight.

Join in the discussion before, during and after the game in the comments section below.