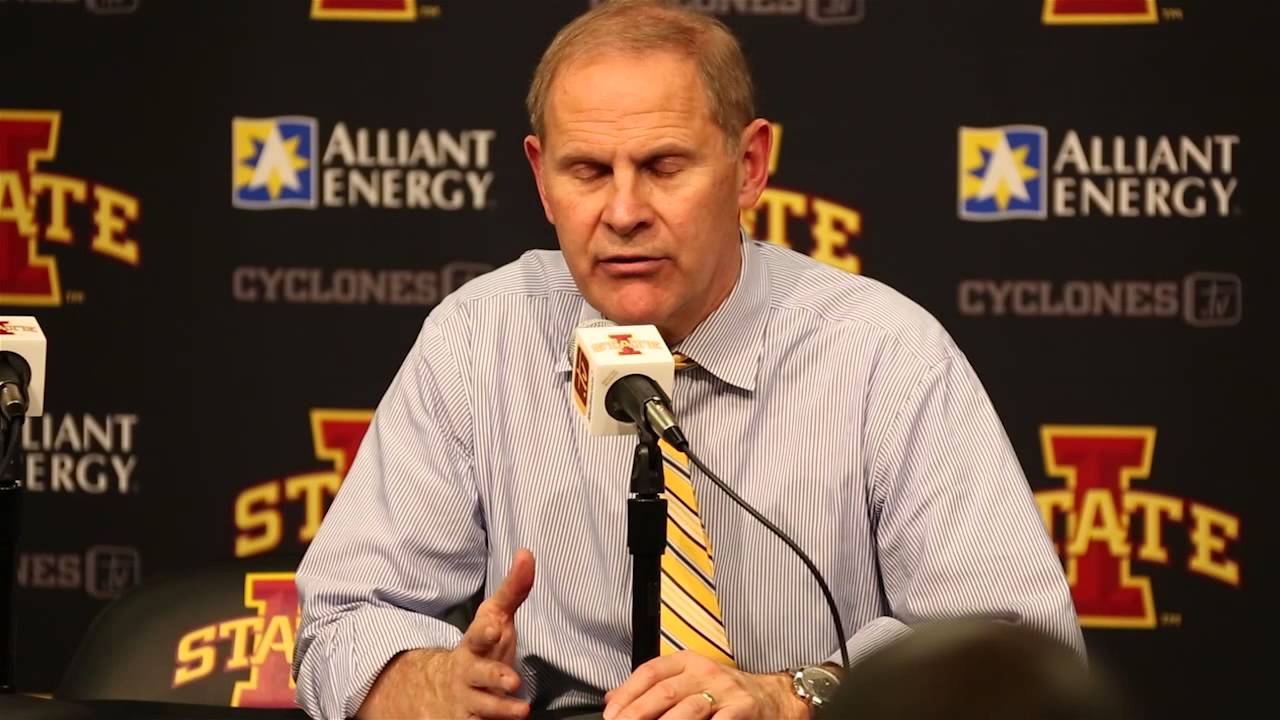 John Beilein faced the media after Michigan’s first loss of the 2013-14 season. Watch Beilein’s press conference below or read Beilein’s quotes after the jump.

Opening statement: “They really have a good team. What I really like that he’s been able to do is find these nuggets all over to replace, whether it’s a fifth-year guy or a junior college guy, it’s been incredible that he’s been able to find guys to place as pieces in his puzzle. So you’ve got a kid like (Naz) Long, who didn’t even play last year, and now he’s ready to play. So you should be very happy here that you have it rolling and you have a great team and it was a really great thing for us to be a part of today.”

On how youth played a role in the loss: “We scored 70 points. Defensively, they’re going to spread you out. They’ve got a kid like Ejim who’s played for years and years in either Canadian basketball or here and he’s just going to attack people and he was a tremendous influence off the perimeter. So we’ve got young guys out there guarding — between him and Kane, they’ve got some really experienced players and they did a great job of attacking us off the dribble on the perimeter.”

“They made a couple shots and of course once they got the lead, then the building gets jumping. We missed some pretty good shots during that time that could have quieted them, but it wasn’t meant to be.”

On his confidence in Nik Stauskas near the end of the game: “In this game in particular, yeah, (Stauskas was having plays called for him at the end). Mitch had just one full practice under his belt … and Glenn was not having his best day, he’ll have better days ahead of him. So Nik had the hot hand, and it made sense. We’d do the same thing if Glenn had the hot hand or Mitch or Spike or Caris or anybody else.”

On Caris LeVert not having his best game: “This is a heck of an environment, they’ve got a really good team and they attacked us in some soft spots that we have. Sometimes they’re physical, sometimes they’re matchup-related. They’re a really good team. There’s a reason why they’re 17-1. I don’t know — they had a good team last year, and with this team there isn’t much of a drop-off right now. When you get a fifth-year senior guard coming in who’s scored 15 (points per game) already, that’s pretty good. That’s a treasure right there.”

On growing pains: “We called a couple plays that were not executed, and that’s going to happen. What do we do? Are we going to wait until it’s all perfect to get him in here? Let’s just get him in a game and see where it goes. As long as we don’t over-tax his body. Get him in and out, I suggested they keep him on the bike in between just to keep him warm as he gradually gets into playing shape. There were a lot of things thrown off today, but I’m not taking that away from Iowa State.”

On McGary’s playing time: “Now he’s got to get in shape to be able to play. Bigs can’t play for more than three or four minutes (at a time) anyhow because of how busy the game is for bigs right now. The timing is the thing he’s got to work on now, where he virtually has had one and a half days of reps with the first team.”

On shifting the game plan for Ejim: “Virtually nothing (was added) because it wasn’t going to be a big change in what they were going to do. Whether it was him or … Hogue, they were going to do the same thing: they’re going to attack off the dribble. And that’s tough for some of our guys to do right now when those guys are so experienced at it. Mitch said he got a few offensive rebounds — I was worried about that but heck, they only got seven offensive rebounds. We did a good job there. It was more, they just had a really good game and we didn’t play as well in those last eight minutes as we did prior to that.

On Walton taking a step forward: “It was a step forward for everyone on our team. We’ve got guys out there playing huge minutes who have not played huge minutes. What did Glenn have, 14 shots today? That may be a high for him as far as shots taken. There’s a whole evolution going on here with this team where only games can move us in the right direction to fact-find what works the best.”

On Nik Stauskas shooting that three with five minutes to go: “Those times, it just showed that we did not execute the way we have to. They changed a little pressure on the defense and it blew up a couple plays and we panicked a couple times. Out of that time, though, we might have had one turnover but other than that we got really good shots. They just didn’t go down. Hopefully that will be a strength down the stretch.”