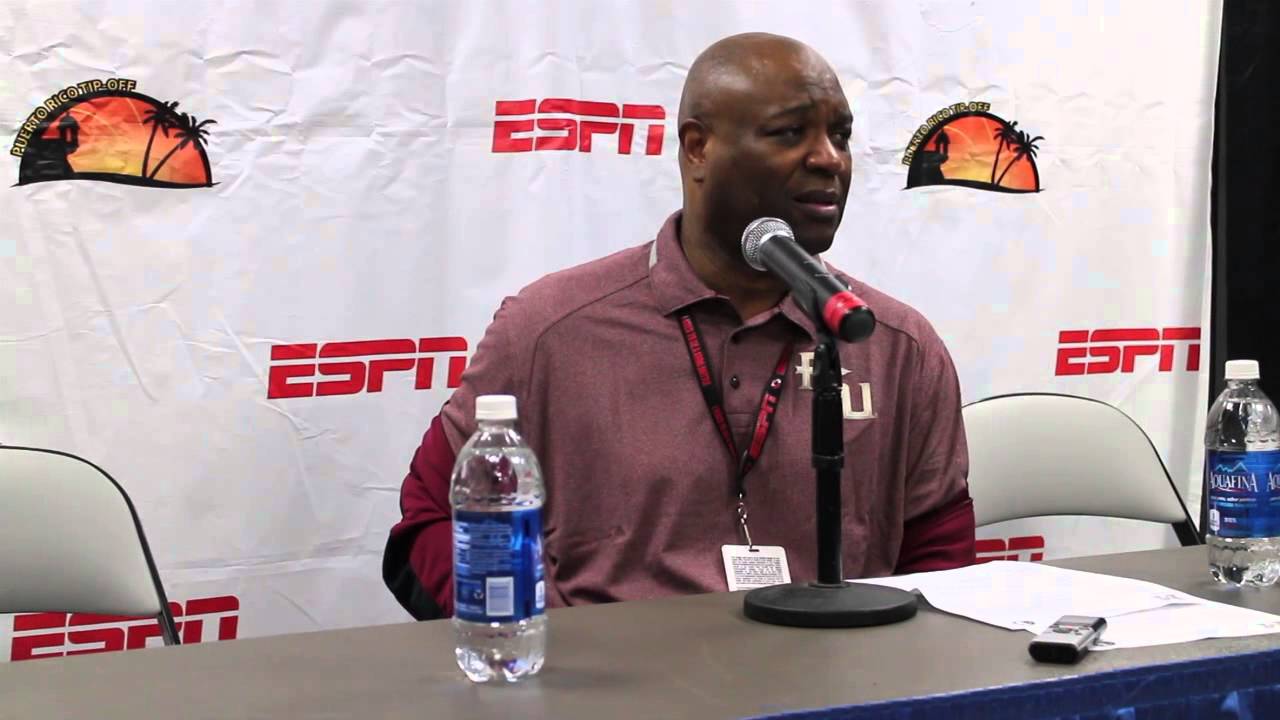 Quotes after the jump.

There were about three things that happened in the game that really lead to our undoing. They beat us to about five loose balls that were 50-50 balls in critical parts of the second half, and they were just a little more aggressive. We stepped out of bounds three times, dribbled off our foot once, uncharacteristically. Not any fault of our players, just kind of the nature of the game. Sometime you run into a game and you have bad luck like that.”

“I kind of figured that coach would use the one-three-one tonight, and we worked on it a little bit this morning in our walkthrough in the ballroom. We had not spent a lot of time against the one-three-one. I thought our players were extremely tentative when they went to it. What we wanted was available for us, but I think you have to have repetitions going over schemes consistently in order for things that you have to do to become habit. It made us tentative, we we’re not nearly as aggressive.”
“They deserved the victory today. They did the things they needed to do to win the basketball game and I thought we came up just a little bit short.”

“Mitch McGary is obviously just an outstanding player. He didn’t do anything that surprised us, he’s just talented. He played like great players play, he played great basketball. He has not been playing much, he’s been recovering from his injury, but Mitch is a special, unique, extremely skilled big man that has a great future in the game of basketball. His strength is his basketball IQ. He makes great decisions with the ball, kind of like a point center. He not only performs at a high level himself, but he makes his teammates better. You have to give him a lot of credit for being a guy who’s a tough, skilled, smart basketball player. I wish he had missed a couple more games before he came back. He’s a handful. You can expect him not only to be successful in this tournament, but I think there will be a lot of other coaches feel just like I feel right now.”

“We knew that part of their scheme is that they drive baseline. They executed their offense better than we did our defense. That’s part of what they do, they drilled the baseline and they locate players on the other side. They’ve been doing that all year long, so it was no surprise. It’s just that our player looked at the screen just long enough for Stauskus to drive baseline.”