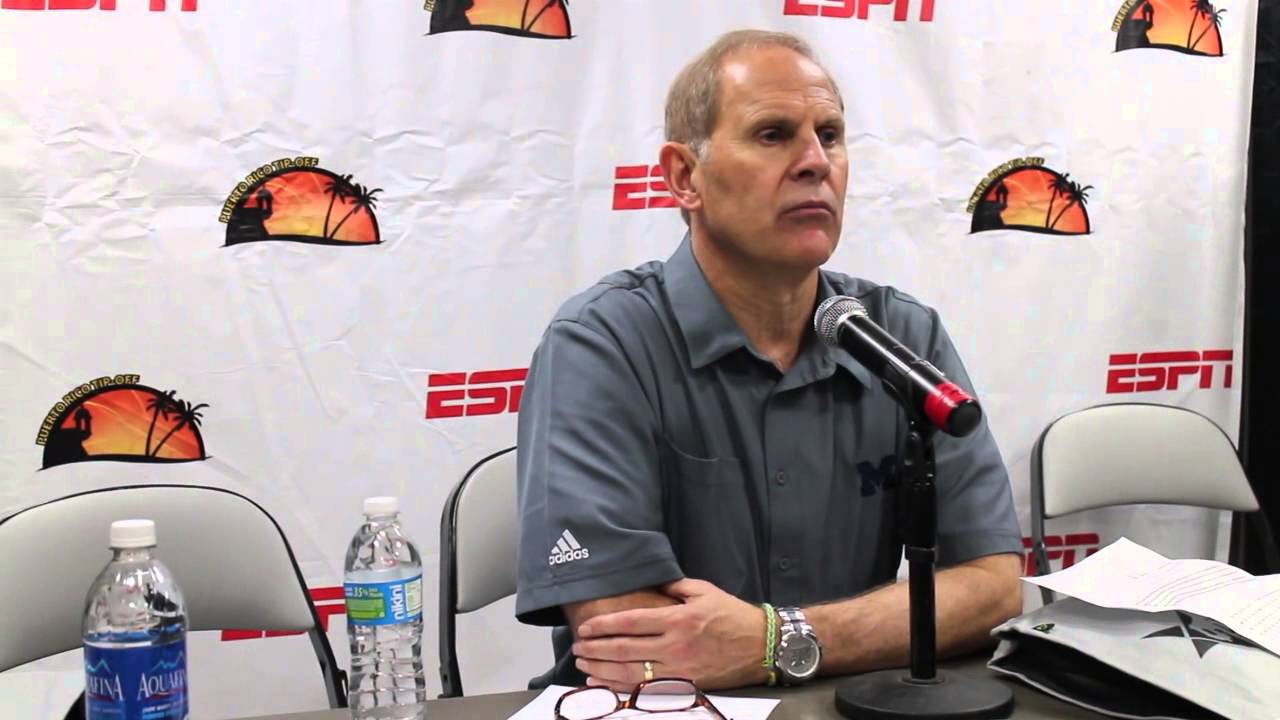 John Beilein talked about the closing moments of Michigan’s loss to Charlotte on Sunday evening. The Wolverines came back to tie the game with under 10 seconds to play before giving up a tip-in in the final seconds. Watch Beilein’s full comments in the embedded media player below.

Quotes after the jump.
“Well, another March game played in November. Charlotte was really good; I was really impressed with their personnel and defense. They played a terrific game. Pierriά Henry did a great job on Nik Stauskas. He’s a really, really good defender. I think he’s one of the best defenders in the Atlantic 10. We’re embracing this and saying, ‘What a great opportunity to grow?’ We had adversity tonight like we hadn’t had, and we just kept plugging away, it’s all good. I know that sounds crazy, but it’s all good to come into that environment, play as hard as we did and fight back to have a chance to win.”

“We had two starters out for most of the game. The first two fouls on Caris (LeVert) were a tough break for us, then Glenn (Robinson III) goes down, then we can’t make a shot. Here’s what I like: I like that Zak Irvin didn’t stop shooting even though he couldn’t make a shot, because he hit a huge one for us late and in the first half. So these are all things that I see positive from the loss.”

“Jordan Morgan went in there and played his tail off. He had five offensive rebounds, he worked so hard. He had a big bucket for us and made two huge foul shots. I’m really happy for him becauase finding playing time with Mitch in there is tough.”

“I don’t know if I’ve seen a better offensive rebounder in all these years. That kid (Willie Clayton) is unbelievable, number 21, Clayton.”