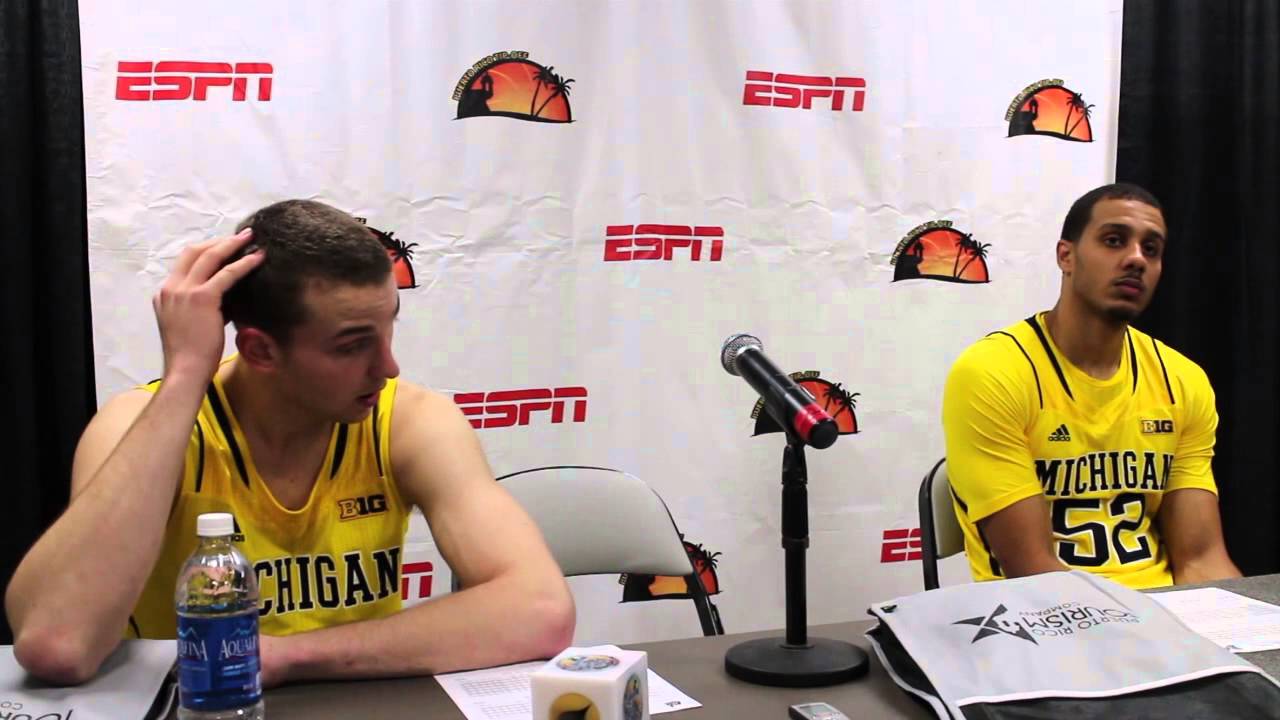 Quotes after the jump.

Michigan Guard Nik Stauskas: “The injury was tough, especially defensively, because they noticed it real quick and whoever I was guarding just started running around a bunch of screens. It was definitely difficult just to move around and put pressure on them, I was kind of limited.”

“We had to play solid defense, I think our big helped up a little bit and the guy (Terrence Williams) got an open layup. Luckily he missed it, but we couldn’t capitalize on a rebound and he put it back in on the buzzer.”

“We were right there at the end and gave ourselves an opportunity to win; it just didn’t work out for us.”

Michigan Forward Jordan Morgan: “We just take one possession at a time. We know it’s a game of runs and they’re going to go on their run, but there was a lot of time left. We just take it one play at a time, one stop at a time so we can have a chance at it.”

“I thought it was going in, I just wanted to be there in case the free throw did come off, and it did.”