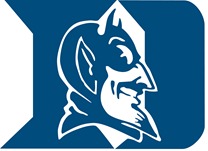 Michigan at Duke doesn’t need a grand introduction. The rivalry is a bit one-sided, Duke has won 21 of 29 games, but it still packs a punch and is always a game that demands national attention. This series is littered with big games including Fab Five, John Beilein’s first signature win in 2008, Darius Morris’s final game and Trey Burke’s coming out party in Maui.

These two teams have played some great games in past 20 years but there hasn’t been this level of combined talent on the floor since these two teams faced off in the early 90s. Both teams have three players ranked among the top-45 draft eligible prospects by Draft Express and there will be at least three potential lottery picks on the floor tonight.

Despite the talent on both rosters, neither team has played its best basketball this season. Both teams have dropped two games and will be hungry for a statement victory when they take the floor at Cameron Indoor Stadium tonight.

Duke’s losses are more respectable than Michigan’s, Kansas and Arizona on neutral floors, but both teams have weaknesses to address before conference play. For Duke, those problems start on the defensive end of the floor.

Duke’s adjusted defensive efficiency is ranked 114th by Ken Pomeroy. Michigan’s defense has been criticized from time to time in recent seasons but under John Beilein the Wolverines have never ranked worse than 100th, in Beilein’s first season, and currently sit at No. 19. The Blue Devil defense is going to get better as the season progresses, but it’s a red flag that can’t be ignored.

What’s wrong with the Duke defense? The answer lies around the basket. Duke defends the three-point shot very well – Blue Devil opponents attempt just 24% of their field goals from three-point range and shoot 27% – but gives up a lot of layups and easy baskets. Duke opponents shoot 50.7% on twos (220th nationally) and are attempting 38% of their field goals at the rim, connecting at a 64% clip.

While Duke’s defense is questionable, it’s offense is among the country’s elite. The Blue Devils do just about everything well other than crash the offensive glass, something that’s rarely necessary due to their shooting prowess, and tout the fourth most efficient offense in the country. Duke is the 6th best shooting team in the nation, gives the ball away on just 15% of its offensive possessions and shoots 48 free throws per 100 field goal attempts.

Jabari Parker is a complete offensive player – at the pro level. He can score in almost every level: face up, back to the basket, catch and shoot, dribble drive and in transition. This scouting video from Draft Express tells the story and backs it up with video evidence. He’s the real deal.

Parker is also Duke’s best rebounder and shot blocker overall. That being said, the video above points out some weaknesses defensively on the perimeter and defending the pick-and-roll. Parker can make plays on defense, but he’s not experienced enough to be Duke’s best offensive player and control the paint defensively.

Parker grabs the headlines but Mississippi State transfer Rodney Hood is more efficient and averages 20 points per game. He’s shooting 63% on twos and 59% on threes while attempting 67 free throws per 100 field goal attempts. Weighing 20 pounds less than Parker, Hood isn’t the rebounding or shot blocking threat that Parker is but he’s still one of the most dynamic 6-foot-8 scorers in the college game with his slashing and shooting ability.

Duke’s guards aren’t as dynamic but they are more than capable. Quinn Cook and Tyler Thornton start in the backcourt but Rasheed Sulaimon comes off the bench lately but started last year and is projected as a future pro.

Cook is Duke’s main facilitator, the only player on the roster with an assist rate over 14%, but he’s capable of hitting open shots (57% on twos, 38% on threes). Thornton is the glue guy, he’s taken only 15 shots in 173 minutes this season but he’s Duke’s top perimeter defender with the ability to get steals but also the tendency to rack up foul calls. Sulaimon is a more dynamic scorer but has struggled with his shot in the early season, shooting just 39% on twos and 31% on threes and has seen his playing time reduced.

For all of the talent that Duke has at the one through four positions, it’s lacking a bit at the five spot. Amile Jefferson (6-foot-9, 210 pounds) and Josh Hairston (6-foot-8, 235 pounds). Jefferson has only attempted two shots away from the rim (and made both) but he’s a great finisher inside and a poor free throw shooter (8-of-24). He’s a good rebounder but doesn’t pack a big shot blocking threat. Hairston has started recently and the senior provides Duke with some experience despite his lack of offensive firepower. Hairston and Jefferson combine to play 28 minutes per game and Coach Krzyzewski goes with a small lineup featuring Parker at the five as well.

Duke wants to play small and fast and is very comfortable in a shoot out. For Michigan to win this game, it needs win the battle in the paint: dominate the defensive glass, attack the offensive glass and defend the rim.

Mitch McGary needs to dominate the paint for Michigan to win this game. He’s the one player on the the Wolverine roster that Duke doesn’t have an answer for. High ball screens, offensive rebounds, post-ups, McGary needs to be involved early and often. He’s had one great game this season (14 points and 12 rebounds in 33 minutes against Florida State) and Michigan will need that sort of performance at Cameron.

There’s no easy way to stop Jabari Parker and Rodney Hood. Parker has gone for 19 points or more in every game and Hood has been held below 18 points just twice. Glenn Robinson III, Nik Stauskas, Jordan Morgan, Caris LeVert and Zak Irvin will all get their shots but all have various strengths and weaknesses for defending both players. At the end of the day, the best John Beilein can hope for is to make both players work for their points and hopefully miss a few threes.

Michigan’s defense has been solid for the most part this season but I just don’t see how they can slow down Duke. If the Wolverines want to leave Cameron with a victory, their wings and guards are going to have to match Duke’s offense output. Michigan’s offense needs to make a conscious effort to attack the rim rather than settling for threes to exploit Duke’s rather porous interior defense.

Playing efficient offense is one thing, but it’s also important to control the tempo on the road. Duke likes to play fast offensively, averaging 15.9 seconds per offensively possession (53rd nationally) and it’s important for Michigan to slow the game down by eliminating transition opportunities defensive and being selective when it pushes the ball offensively. Derrick Walton vs. Quinn Cook (and Cameron Indoor) is a very tough match-up but it’s the kind of matchup that John Beilein will just have to get used to with trips to Breslin, Assembly Hall and other difficult venues left on the schedule.

Ken Pomeroy’s system projects a 75-72 Duke victory, giving the Wolverines a 40% chance of pulling the road upset. The Blue Devils have been tested this season, even at home, but Michigan will have to play its best game of the season to leave Cameron with a victory.