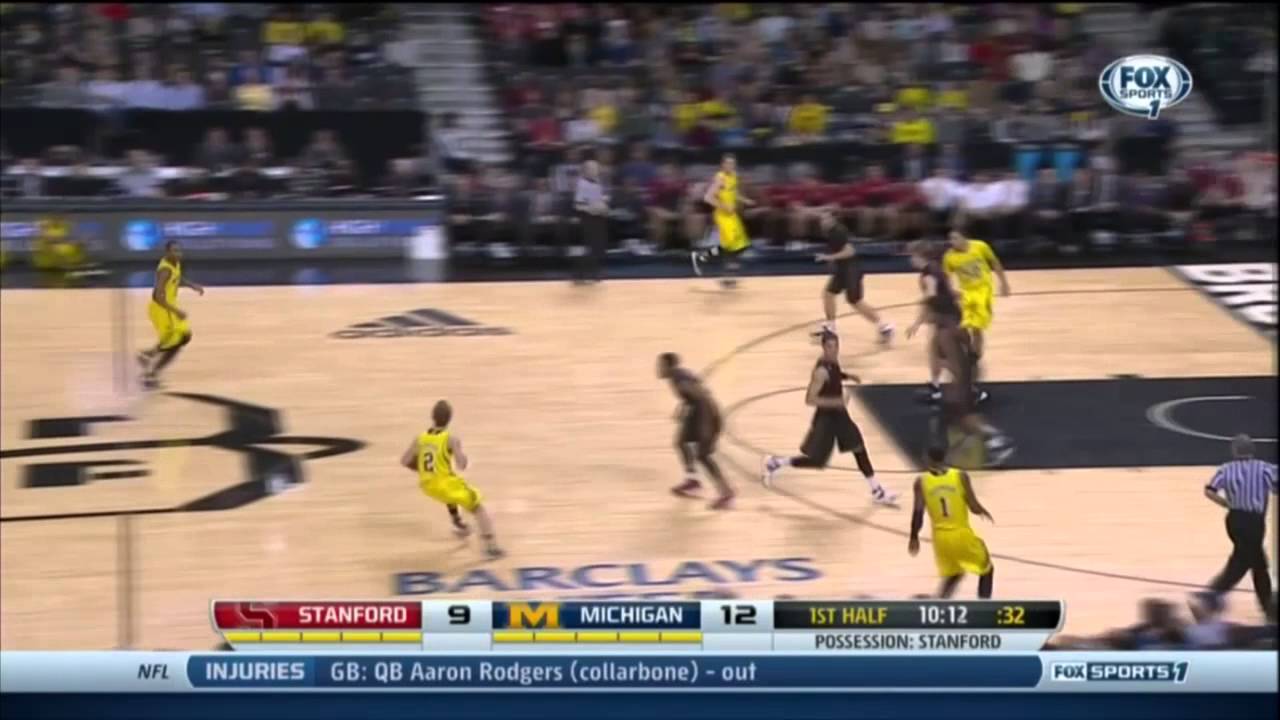 Our weekly feature tracking the performance of Michigan players performance over two game segments of the season. (Photo: Scott Mapes)

*Form Tracker is now interactive. Readers can vote on each player’s rating by hitting ‘Too low,’ ‘Too high’ or ‘Agree.’


The consistent progression of Glenn Robinson III since Michigan’s loss to Duke has been something to behold. The sophomore is averaging just over 19 points per game over his last four games and shooting an incredible 77 percent from inside the arc over that span. Robinson is still getting looks in the half court through his patented back-door cuts and alley-oops, but he’s also pushing the ball himself on the fast break and creating for himself off the dribble. Against Stanford, Robinson made the play of the game late, getting separation at the rim and hitting a layup to put Michigan up by four with under a minute left. Robinson is becoming the player Michigan fans have been waiting to see, and whether or not he can keep up this level of play in the Big Ten is perhaps the one most important factor in the success or failure of Michigan’s season.


While Robinson has been the player grabbing headlines of late, Stauskas has been humming along at the offensive pace he established early on in the season. The sophomore came up big against Stanford, scoring 19 points and handing out four assists. Perhaps most importantly, Stauskas hit all of his nine free throws, including two big ones at the end of the game. Stauskas basically lives at opposing poles on the offensive end — he’s either at the rim or shooting 3-pointers. While he’s been great at the latter since he first stepped foot in Ann Arbor, his improvement in the former has been incredible.


There is little doubt what Michigan is looking for out of its freshman wing. With just over six percent of his shot attempts coming at the rim compared with over 71 percent coming from beyond the arc, Zak Irvin is becoming a 3-point shooting specialist. Against Stanford, Irvin delivered, hitting four of his eight attempts from long range for 12 points along with grabbing six rebounds. His numbers against Holy Cross weren’t as good, but Irvin is getting more and more comfortable in his role and that is a very good thing for Michigan going forward.


With Mitch McGary sidelined, Jordan Morgan will have to step up — and that’s what the big man did over Michigan’s past two games. Along with playing solid defense, Morgan was a steady presence on the offensive end and on the glass while splitting minutes with Jon Hoford on a  nearly 50-50 basis. Morgan scored eight points, made both his free throws and pulled down five rebounds against Stanford. Against Holy Cross, Morgan had a heck of a second half, displaying improved finishing ability along with some nice passing.


There’s no getting around it: Caris LeVert was close to a non-factor against Stanford. In 30 minutes, the sophomore scored one point, missing all seven of his field goal attempts. LeVert did hand out five assists and snag four rebounds, but Michigan needs him to be more of a consistent offensive force. He came back strong against Holy Cross, however, hitting six of eight shots from the field for 16 points to go along with seven rebounds.


The other half of Michigan’s big man duo had himself a very good game against Holy Cross — and a not-so-good showing against Stanford. In Brooklyn, Horford racked up five fouls in only six minutes, scoring two points and notching an assist. However, he followed that performance up with a great outing against Holy Cross at the Crisler Center. Horford scored 10 points, snagged five rebounds and registered an assist and a block in 16 minutes. Horford has shown improvement in his post-up game and he displayed it in the first half against the Crusaders.


Michigan’s backup point guard scored eight points and dished out three assists combined in the Wolverines’ past two games. Albrecht isn’t playing poorly, he just hasn’t been very effective. Both of Michigan’s lead guards will be called upon to be mostly game managers instead of playmakers this season.


The freshman continues to struggle as he gets acclimated to the college game. Walton has talent, it just seems as though he hasn’t quite found a groove against high-level competition. It’s clear the coaches are trying to get him as much experience as possible against lesser teams — Walton played 32 minutes against Holy Cross, but still managed only four points.