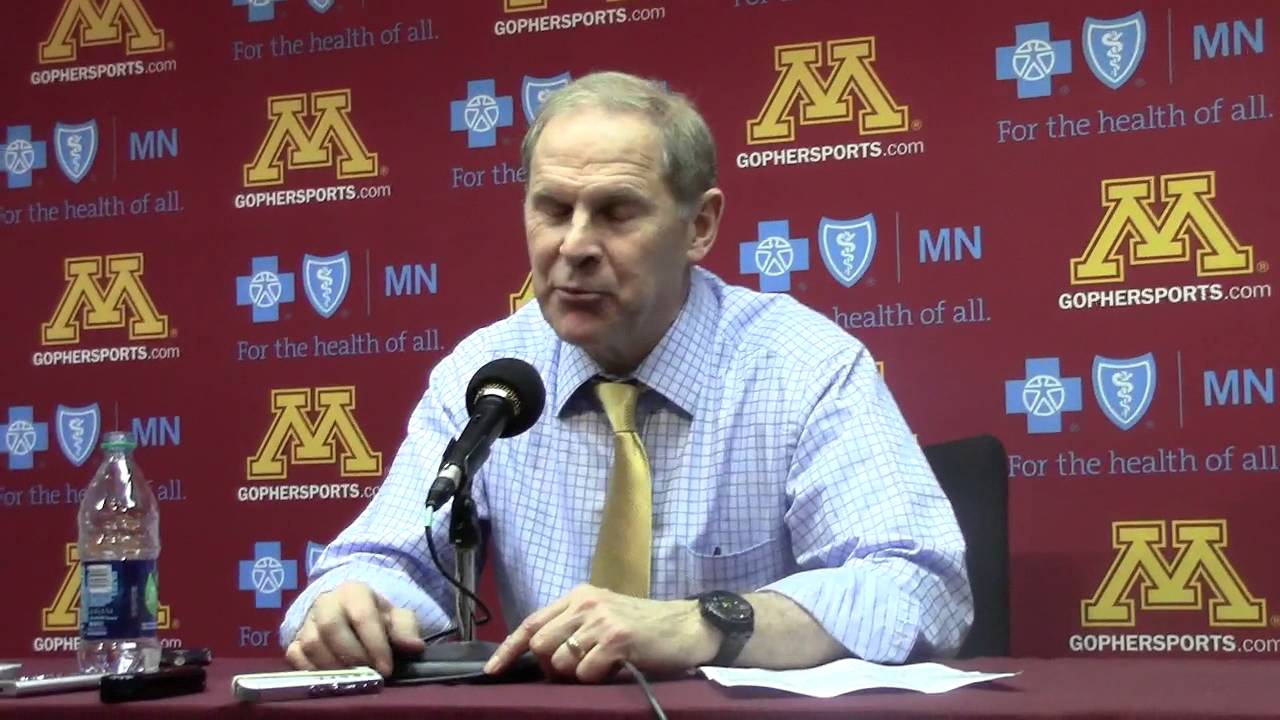 John Beilein met with the media following Michigan’s 63-60 victory over Minnesota in at the Barn on Thursday night. The Wolverines got their first win of the Big Ten season on the road in a nail-biter. You can watch using the embedded media player below or read notes and quotes after the jump.

Opening statement: “It looks like Big Ten basketball is back, if you watched the games yesterday, and then you watched this game. Minnesota has a really good team. Their 11-2 record is not a joke. They really have a good team. I like what Richard (Pitino) is doing with them. Tough to guard, and they play very good defense. So we’re thrilled that we were able to make enough shots and get guys off the bench and just make enough shots to be able to come away with the win.”