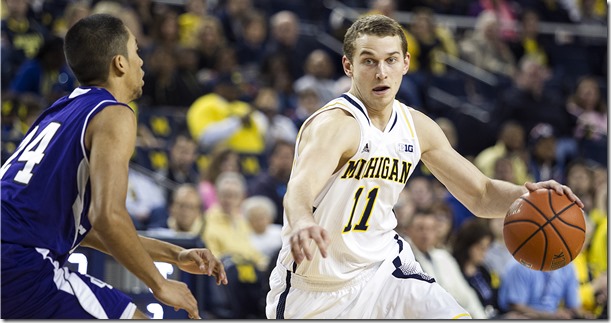 Michigan looks to move to 2-0 in league play with an early Sunday game against the Northwestern Wildcats. Michigan’s 6-foot-6 sophomore Glenn Robinson III is a game-time decision after injuring his ankle at Minnesota on Thursday, but he’s dressed and participating in early warm-ups.

Tip off is scheduled for 12:00 p.m. from the Crisler Center with Eric Collins and Shon Morris on the broadcast. Join in the discussion below before, during and after the game.