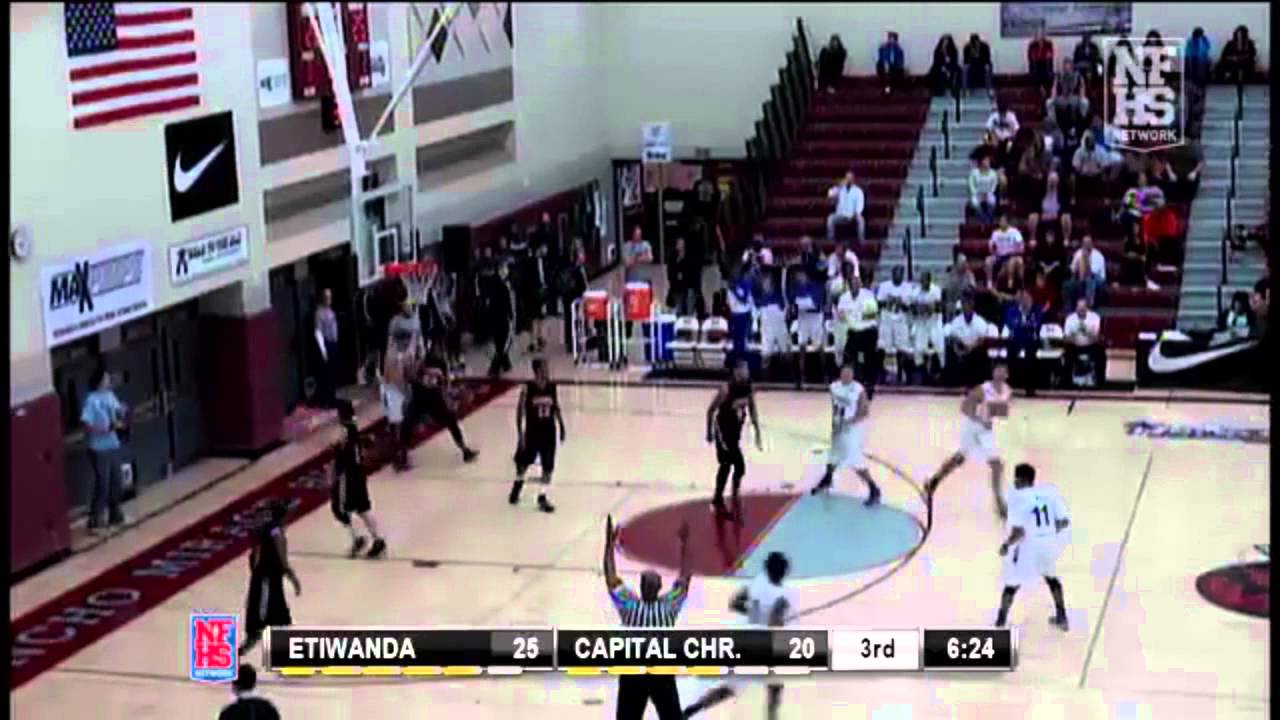 DJ Wilson helped Capital Christian to the Championship game of the Max Preps Holiday Classic over the holidays. The class of 2014 Michigan commitment has been playing well this season and has led Capital Christian to a surprising 14-2 record on the year. Wilson drew considerable buzz from the national scouts in attendance at the event and continued his emergence after finally getting healthy late this summer.

I was able to get my hands on some full game footage from the tournament and cut up video of Wilson’s games against Orangewood, Etiwanda and Westchester. The embedded media player below has just the highlights (makes, blocks, assists and rebounds) but after the jump you can find a full scouting video (misses, negative plays, free throws) and a written scouting report.

This footage features all of the clips in the highlights above and a whole lot more (8 minutes) including missed shots, negative plays and free throws.

Wilson is a prototypical fit for the stretch four position at Michigan. He has the shooting ability, the ball skills, the length and the athleticism. He’s taller and longer than anyone Michigan has played at that position under John Beilein. That’s not to say he doesn’t have a ways to go in his development.

He needs to get stronger, he does need to play a bit harder at times, be more assertive offensively and play more physically. Many of those things will come naturally with time in a college strength and conditioning program. Michigan missed out on some big name stretch fours in the class of 2014 (Keita Bates-Diop, Kevon Looney, Donte Grantham) but Wilson looks like a great replacement that didn’t materialize until very late in the recruiting period. With the combination of Wilson and Kameron Chatman, Michigan has two very versatile big forwards to potentially replace Glenn Robinson III.