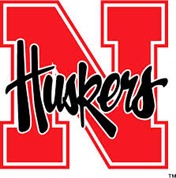 There’s good news and bad news for the Wolverines in Lincoln tonight. The good news is that Michigan has great chance to win its second Big Ten road game of the season at Nebraska. The bad news is that the Wolverines still have to play at the Kohl Center, Breslin Center, Assembly Hall, Carver-Hawkeye Arena and Value City Arena. With so many challenging road games ahead, a game at Nebraska is an opportunity that simply can’t be passed up.

Tim Miles holds some of the most comical press conferences and is the only Big Ten head coach to tweet at halftime, but he’s still attempting to establish a winning program in Lincoln. The Cornhuskers appear to have taken a couple steps forward this season, but still look firmly rooted in the bottom-third of the Big Ten. The first week of Big Ten play wasn’t kind too Nebraska, who had to play at Iowa and Ohio State, and the Cornhuskers have just one victory over a KenPom top-100 team this season, at home over Miami (FL).

This is also a very different Nebraska team than the one  Michigan last season. The rotation features two starters from last year and a group of five newcomers that includes three Division I transfers (SMU, Texas Tech, Florida), a junior college transfer and a freshman guard from New Zealand.

The Nebraska offense has struggled against top-100 teams, topping a point per possession just once in five tries (against UMass in a November tournament game). The Cornhuskers were the second worst shooting team in the conference last season and those struggles haven’t disappeared. Shooting 45.7% on twos (268th) and 34.6% on threes (147) for a 47.6% effective field goal percentage (245th), Nebraska struggles to score inside the arc. Nebraska doesn’t do a good job of attacking the offensive glass either, rebounding just 28.9% (248th) of its misses the season.

Despite their shooting struggles, the Huskers do have a couple strengths. They don’t turn the ball over often and they get to the free throw line. The Huskers give the ball away on just 16.1% of their offensive possessions (55th) and shoot 45 free throws per 100 field goal attempts (105th). Nebraska’s five highest usage players all tout free throw rates of 42% or better on the year. This is a team loaded with players that want to put the ball on the floor and attack the rim.

Nebraska held Iowa under a point per possession in Iowa City but was torched by the Buckeyes in Columbus. The Huskers are just 1-6 when they allow over .90 points per possession, a mark that Michigan’s been held below just once this season (Charlotte).

Nebraska’s field goal defense is solid but not great. The Huskers allow 49% two-point shooting (164th) and 32% three-point shooting (104th) for a 48.5% effective field goal percentage (158th). Nebraska does a solid job cleaning up the defensive glass, rebounding 69.5% of its opponents’ missed shots (130th), and excels forcing turnovers. The Huskers force their opponents to give the ball away once every five possessions (88th nationally) and rank 26th in steal percentage. That aggressive nature comes at a price. Nebraska fouls more than any team in the conference and surrenders 50 free throws per 100 field goal attempts (303rd).

Texas Tech transfer Terran Petteway leads the Cornhuskers in scoring at 17.1 points per game. The redshirt sophomore uses 28.4% of Nebraska’s offensive possessions and is an attacking player. He shoots 44% on twos, 40% on threes and shoots 42 free throws per 100 field goal attempts. Petteway scored 35 points in his first two Big Ten games combined but needed 30 field goal attempts to reach that mark.

Shavon Shields is averaging 12 points and five rebounds per game serving as co-captain after a promising freshman season a year ago. Shields has improved his efficiency and fits the mold of other Nebraska players: he’s a slashing guard that gets to the free throw line but has average shooting numbers (30% on threes). Shields, standing 6-foot-7 and 219 pounds, is a natural match-up at the four position with Glenn Robinson III.

6-foot-2 senior Ray Gallegos is Nebraska’s primary three-point shooter. He managed to fire up 16 three-point attempts in Ann Arbor last year and 75% of his field goal attempts are long range tries. Gallegos is shooting 39.7% on threes for the year.

New Zealand native Tai Webster earned a lot of hype in the preseason but he hasn’t quite hit the ground running in Lincoln. Webster’s offensive rating is just 82.1 and he’s shooting 39% on twos and 21% on threes for the season while giving the ball away on a quarter of his possessions. Webster has a solid 6-foot-4 frame but his transition to the college game is a work in progress.

He shares point guard minutes with junior college transfer, redshirt junior Deverell Biggs. Biggs averages 9.5 points per game off the bench and is much more of a slashing scorer than a point guard. His bio touts a 40-inch vertical leap but he shoots just 41% on twos.

Walter Pitchford and Leslee Smith split the available minutes at the five spot.  Pitchford, a Michigan native, has been around the block a few times. Originally signing with DePaul before attending Florida in 2011-12, he then transferred to Nebraska. He’s the only player in Division I basketball that has played at least 40% of his team’s minutes and not recorded a single turnover. Pitchford shoots 50% on twos, 37% on threes (46 attempts) and at 6-foot-10, 234 pounds he’s Nebraska’s most efficient offensive weapon.

While Pitchford is long, Smith is wide. Measuring in at 6-foot-8, 255 pounds, Smith is the best offensive and defensive rebounder, shot blocker and steal man on the Nebraska roster. He shoots 62% on twos and is proficient at drawing fouls like many of his teammates.

Both teams value the basketball, don’t attack the offensive glass much and do a good job of eliminating transition opportunities (presumably because they don’t crash the glass). The major difference between the two groups is that Michigan is just a lot better from the field, partially because of its ability to pass the ball. Nebraska’s interior shooting woes seem to be rooted in the fact that the majority of its shots come from isolation sets. Just 33.1% of Nebraska’s field goals at the rim are assisted (314th) and just 43% of all field goals (324th) are assisted.

Ken Pomeroy likes Michigan by a final score of 70-66, giving the Wolverines a 70% chance of remaining undefeated in conference play. The Cornhuskers are undefeated at home this season but have yet to be tested by a team of Michigan’s caliber.