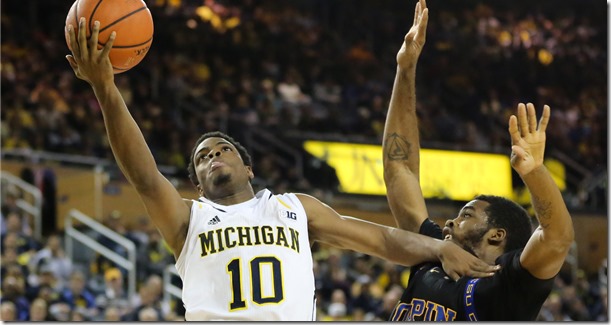 Dan Dakich and Bob Wischusen are on the call tonight as Michigan looks to win its first game in Madison since 1999. The Wolverines have won six games in a row without Mitch McGary but will be playing one of their most difficult games of the season tonight. Tip-off is scheduled for 6:00 p.m. on ESPN (or streaming at WatchESPN).

Join in the discussion below before, during and after the game.