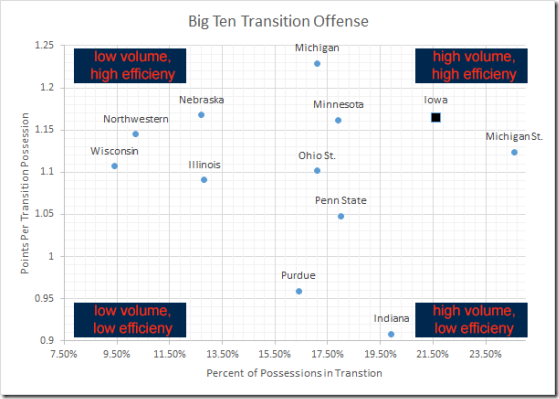 Michigan and Michigan State face off in East Lansing on Saturday. Both teams are undefeated and fighting for sole possession of first place. Here’s a first look at what the Spartans bring to the table against the Wolverines.  (Photo: Dustin Johnston)

Branden Dawson is out for 4-5 weeks with a broken hand sustained punching the table during a film session. Dawson was frustrated with his play and was set off by Dan Dakich’s comment that Michigan State’s success this season depends on his effort.

Tom Izzo told reporters that the chances Adreian Payne – who hasn’t played since January 7th against Ohio State – plays are “slim to none”. Izzo also called the decision whether to play Payne “the toughest coaching decision in my life” earlier this week.

Considering Payne sustained the injury before that Ohio State game and still gave it a go (scoring 18 points in 32 minutes), I would be surprised  if he didn’t at least try to play on Saturday. His absence would limit the Spartans’ options offensively.

UPDATE: Adreian Payne has been ruled out according to ESPN’s Jeff Goodman.

Post play has always been a staple of Tom Izzo’s offense. A year ago the Spartans led the league in post-up efficiency and were second in the league in percentage of post up possessions. Just 9.1 percent of Michigan State’s offensive possessions originate in the post this season (including passes), down from 15.5 percent last season.

The following scatterplot shows that the Spartans are still the second most efficient low-post team, but have shifted toward the middle of the conference in usage.

It’s worth noting that Michigan has improved significantly in the low post. The Wolverines are using nearly twice as many possessions on the low block – 2.3% last year (68 poss. total) to 4% this year (53 poss. total) – and are scoring 1.02 PPP this season, up from .691 PPP.

MSU’s numbers are down because Derrick Nix is gone and Adreian Payne has missed a few games. But the Spartans still have one of the best post players in the conference if not the country. Frank Kaminsky is more efficient, but Payne has more volume despite sitting out for the last three games.

Payne can do just about everything on the low block. He passes, finishes in both directions, dunks and fights for position. Michigan State also makes it a priority to get him the ball on the block when he’s in the game. Here’s video footage of Payne’s post-up actions in his last few games.

Michigan State’s problem is that Payne is really the only option on the low block. Branden Dawson has 14 post ups, but he’s out. Matt Costello, Gavin Schilling and Alex Gauna have combined to score 9 points on 17 post ups combined. Kenny Kaminski, expected to start at the four position, isn’t a threat on the low block either.

Gary Harris is a projected NBA lottery pick and he’s the complete package on both ends of the floor. He might not have the hype, but he grades out almost identically to Aaron Craft in Synergy Sports’ defensive metrics. He’s the guy that is likely to guard Nik Stauskas and he’s more than capable of slowing down Michigan’s star sophomore. That battle will be the one to watch when the Wolverines are on offense.

But offensively, Harris has improved as well, even if the numbers don’t jump off the chart when examining his statistics. His 3-point shooting numbers (33%) are down from last year (41%), but his usage is up 6%. He’s still a major threat in transition and leads the league in 3-pointers since Big Ten play started, shooting 41%.

Harris has become a much more dynamic offensive player in his sophomore year. He’s done it by becoming a much more effective player off of screens.

Off ball movement has always been a big part of Tom Izzo’s offense, but Harris has been much more efficient in those situations this season. Watch this video from Luke Winn’s Power Rankings and you’ll see what I’m talking about:

Harris has improved his efficiency when catching the ball off screens by 31% and he’s even using a few more screens. He’s also using significantly more ball screens this season. Just 11% of his offensive possessions were ball screens (including passes) last season, despite the fact that he was fairly efficient. He’s doubled that usage this season while making a modest improvement in his efficiency. Harris is the Spartans most efficient ball screen player by a wide margin.

We’ve harped on transition play for the last week or so when discussing Iowa, but Michigan State is the only other team in the conference that matches the Hawkeyes in quantity of transition opportunities. If we bring back the graph from the Iowa preview, Michigan State runs more than anyone in the league.