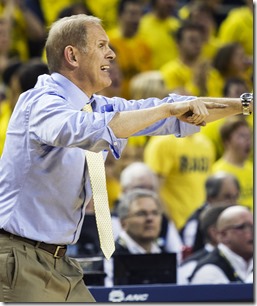 John Beilein was available to speak with the media via teleconference on Saturday afternoon just before Michigan hit the road for Bloomington to take on Indiana on Sunday. You can read the full transcript of the call below.

Opening statement: “We just finished practice and we will leave later on today to get down to Indiana. Our kids are excited. We’ve had good practices these past two days, and with the short turnaround, I think they have to be. So we move forward and see what we can do down in Indiana.”