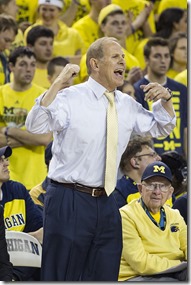 Michigan coach John Beilein joined the other Big Ten coaches on the weekly conference call on Monday morning. You can read transcribed notes and quotes from his interview below.