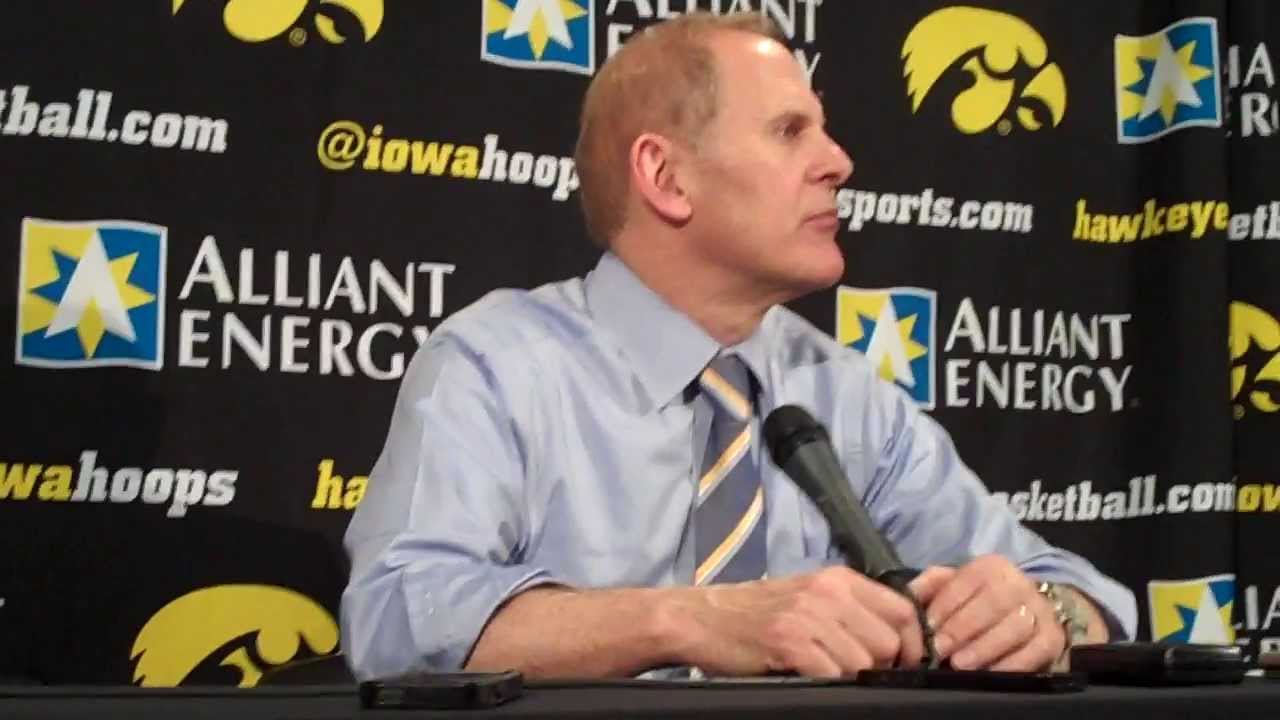 Michigan coach John Beilein spoke with the media following his team’s 85-67 come-apart in Iowa City against the Hawkeyes on Saturday afternoon. You can watch the full press conference using the embedded media player below or read notes and quotes after the jump.

Video footage from Brendan Stiles of HawkeyeDrive.com. Notes and quotes after the jump.

Opening statement: “We ran into a buzz saw today of Iowa. This is the way they were playing so much in the first semester no matter who they were playing against. They punched us early and it was hard to respond. Someone said to me it was like Yogi Ferrell shooting against us. No, we had somebody close to Yogi Ferrell. Somehow (Roy Devyn Marble) just got open, and we got to figure out what happened in that. But then overall, we knew the offensive rebounding was going to be a problem. They got some long guys that hit the boards. 15 was too many, probably five too many. All that being said, it was their defense that won the game. They had a tremendous game defensively. We couldn’t get anywhere we wanted to go, and they really guarded our players very well.