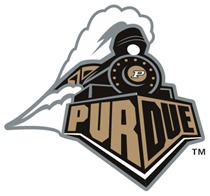 Michigan controls its own Big Ten destiny with less than two weeks to play, but the last two years should serve as an important reminder: nothing is guaranteed. The Wolverines close the Big Ten schedule with games against Purdue, Minnesota, Illinois and Indiana. Two of the games are on the road, but the four teams have a combined 21-37 conference record — all winnable on paper.

Two years ago Michigan controlled its own fate, but slipped up at home and lost on senior night to Purdue. Last year, the Wolverines lost at Penn State and then were a missed tip in away from sharing the Big Ten title in their home finale. The Big Ten Championship picture might be clear right now, but there are more than likely a couple twists remaining down the road.

Purdue is battling to stay out of the Big Ten cellar rather than competing at the top of the conference, but Michigan needed a late comeback to win on the road against a similar Purdue squad last season. The Boilermakers have won two of their last three games at home, but have dropped seven of their last nine.

Beyond that, there aren’t many highlights on the Purdue resume.

Purdue’s offense has managed just .99 points per possession in league games, 8th best in the conference, and the Boilermakers shoot just 43% on twos (11th) and 33% on threes (9th). Purdue gives the ball away on 18% of its offensive possessions, third worst in the Big Ten, and is the worst free throw shooting team in the league.

Defensively, the Boilers allow 1.06 points per possession, ninth best in the Big Ten. Purdue blocks the second most shots in the conference, but is the second worst team at defending twos.  Big Ten foes make 50% of their twos and 33.2% of their threes (8th) for a second worst 49.9 effective field goal percentage allowed. The Boilermakers force turnovers on just 16% of their opponents’ possessions and surrendered 40 free throws per 100 field goal attempts.

The last time these two teams played, Purdue dominated the offensive glass but only managed to make two threes. The Boilers still manage 1.00 points per possession of offensive output, but Michigan’s offense controlled the game thanks to hot three-point shooting.

Terone Johnson leads Purdue in scoring at 11.8 points per game, but came off the bench in Sunday’s loss to Nebraska. Johnson expects to be back in the starting lineup and he’s a stereotypical ‘power guard’. Johnson has good quickness and likes to get in the lane, but he’s not the best finisher and settles for a lot of runners and other shots around the basket. He’s not a bad three-point shooter (36%), but the majority of his field goal attempts are inside the arc.

Terone’s brother Ronnie Johnson mans the point guard position. About a third of Johnson’s offensive possessions are ball screens, per Synergy, but he ranks 19th out of 21 Big Ten players with at least 100 ball screen possessions.

A.J. Hammons averages 10.3 points and 7.2 rebounds per game in the post, but continues to be one of the most frustrating players in the Big Ten. Hammons is capable of dominating on any given night, but he’s just as likely to disappear. Hammons has post moves, size and offensive rebounding ability, but has been held to single digits in the last three games

Basil Smotherman and Errick Peck split time at the power forward position. Both players are in the 6-foot-6, 220 pounds range and are above-average rebounders. Smotherman is the more efficient offensive player, shooting 64% on twos, but neither pose a large threat from 3-point range or use many possessions offensively.

Bryson Scott is really struggling in Big Ten play. He’s shooting 30% on twos and 14% on threes for a 29.3 effective field goal percentage and is giving the ball away on 22% of his offensive possessions. Rapheal Davis provides an additional slashing option off the bench. He’s most effective when he gets to the free throw line

Sterling Carter is out for the season and big man Jay Simpson has yet to be cleared for tonight’s game after leaving Sunday’s game with dizziness and light-headedness.