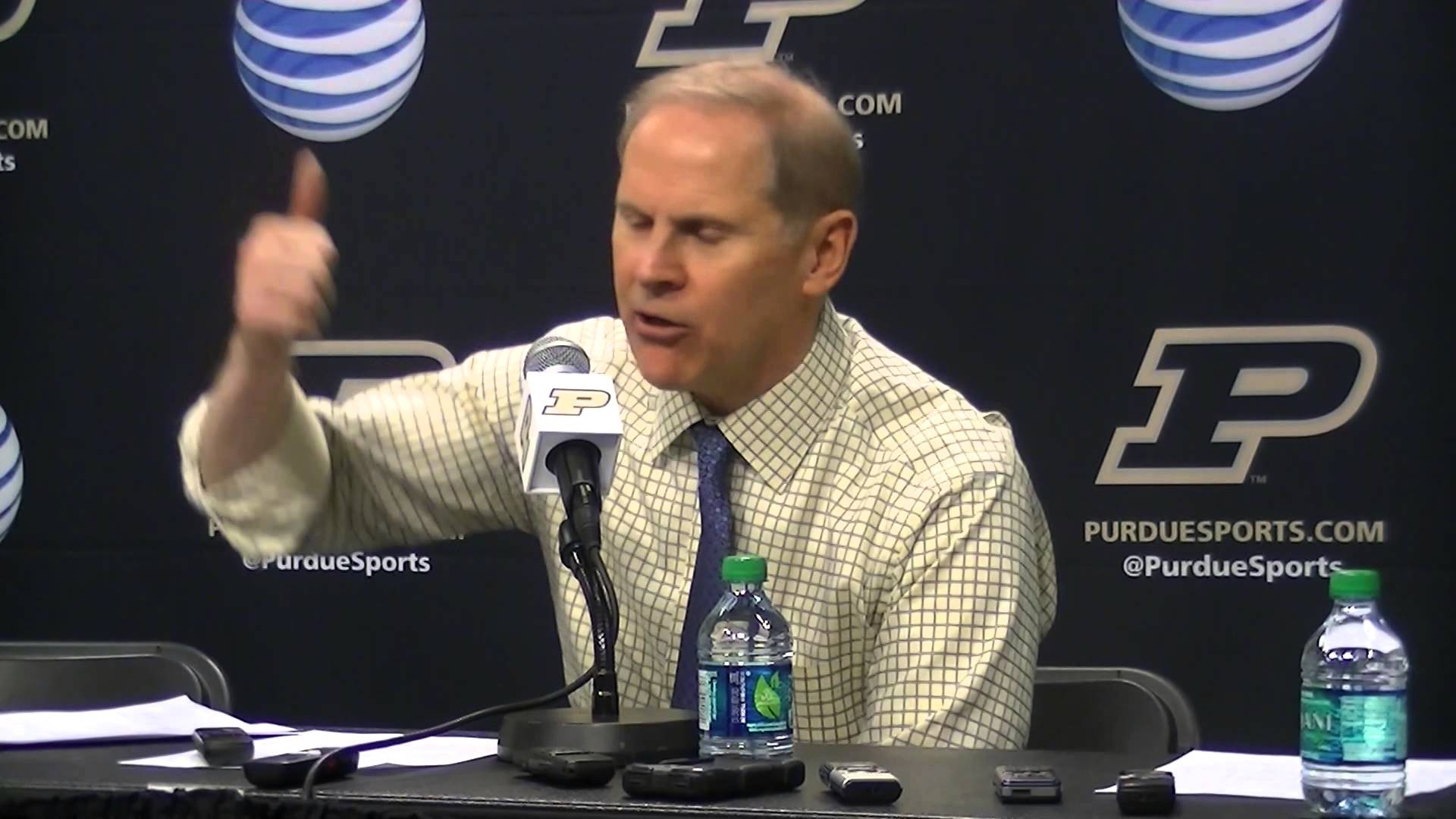 Michigan coach John Beilein was on hand to speak with the media following his team’s dramatic last-second 77-76 victory over Purdue in West Lafayette on Wednesday night. The coach talked about drawing up the final play for Glenn Robinson III, how his team mounted its comeback and much more. you can listen to the full interview using the embedded media player below and read notes and quotes after the jump.

Opening statement: “Really impressed with the Purdue played in this game. In the first half, they were incredible. People have been backing up on them, daring them to shoot. We employed that strategy and it certainly didn’t work in the first half. We tightened that up a little bit and our defense had to be good. I like our percentages defensively, we kept them off the boards the best that we can. And our kids were just resilient. I guess we were down 19 in the first half, I know it was too much for me to subtract. Somehow, despite blowing the last minute and a half of the first half, I thought we were going to be down eight or nine at halftime, and all of a sudden we were down 13. So we had to do it all over again. I’m really proud of our guys and happy especially for Glenn (Robinson III) and the way he played today. 17 points and eight rebounds. This game always means a lot to him because his brother’s coming here to school, his dad went here, it’s got a lot of emotion in it. So it’s great for Glenn as well.”