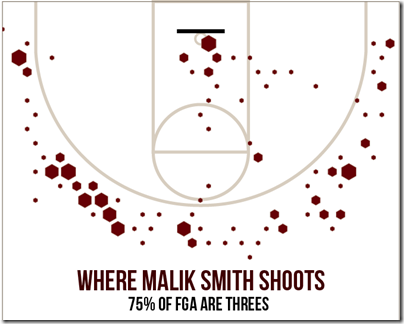 Minnesota travels to the Crisler Center on Saturday for a late conference battle that should be pivotal to both teams. The Gophers could move one step closer to punching their ticket to the NCAA tournament, while a Michigan win would move the Wolverines tantalizingly close to their first outright Big Ten Championship since 1986.

These two teams last met in the Big Ten opener way back in January. Since then, plenty has changed. At that point there were dozens of questions facing the McGary-less Wolverines, a group that hadn’t been able to put together many quality wins and certainly wasn’t expected to win the Big Ten. The Wolverines won the game at Minnesota, the first of many important January victories for John Beilein’s team. Despite losing Glenn Robinson III early in the second half, Michigan managed to come back in Minneapolis thanks to five three-pointers from freshman Zak Irvin.

Like Michigan, Minnesota is much better on offense than defense. The Gophers are ranked fifth in the league in per-possession scoring output, 1.05 points per possession, but are second to last in points per possession allowed at 1.08. Minnesota shoots 51.4% on twos and 34.9% on threes for a 51.7 effective field goal percentage, third best in the conference. The Gophers’ downfall is the same as recent years: turnovers. Despite a new coach, Minnesota is giving the ball away on 20.2% of its Big Ten possessions – second worst in the league.

Minnesota’s defense ranks eighth or worse in all four major defensive statistics: 8th in eFG% allowed, 9th in forced turnovers, 11th in defensive rebound and 10th in free throw rate allowed.  Minnesota does a decent job of protecting the rim, 45.8% 2-point field goal percentage allowed, but allows its opponents to shoot 37% from three-point range (11th). The Gophers’ statistical profile is very much that of an aggressive, trapping team that can’t force enough turnovers. 56% of Minnesota’s opponents’ made field goals have been assisted, the second most in the conference – proving that patient offenses can find open shots. Unsurprisingly, 16 of Michigan’s 20 made field goals in the first meeting were assisted.

Andre Hollins missed time in the middle of the season after injuring his ankle, but he’s slowly rounding back into form. Hollins is a great shooter off the pick-and-roll, but hasn’t quite broken out this season after a great sophomore year. He only shoots 44% on twos, but does do a great job of getting to the free throw line.

Austin Hollins started to breakout of a Big Ten season-long slump on Tuesday. He was 13-of-56 from three-point range in Big Ten games before his 27 point outburst against Iowa. Hollins has good length and does a good job of forcing turnovers, he’s also greatly improved his defensive rebounding this season. His offensive consistency just hasn’t been there this season.

Deandre Mathieu averages 11.9 points and 4.3 assists per game for the Gophers. Mathieu is one of my favorite players in the Big Ten to watch because of how unconventional his game is. Listed at just 5-foot-9, Mathieu does almost all of his offensive work in the paint.

Mathieu has great quickness and he is an explosive leaper. He shoots 51% on twos which is extremely impressive for a small guard that attempts so many interior shots.

6-foot-2 guard Malik Smith is just the opposite of Mathieu – he’s a volume three-point sniper. Three quarters of Smith’s field goal attempts are triples and he connects at a 37% rate – 35.4% in Big Ten games.

Eliott Eliason and Maurice Walker share time at the center position and are both capable of scoring on the low block. Eliason is one of the best rebounders in the conference and he’s also an active shot blocker at the rim. Walker has slimmed down significantly since last season and is great at drawing fouls, but turns the ball over on over a fifth of his possessions.

Joey King and Oto Osenieks both play around 20 minutes per game and average around 6 points and 3 rebounds per game. Both combo forwards have fairly nondescript offensive profiles, using fewer than 17% of Minnesota’s offensive possessions. 6-foot-9 redshirt freshman Charles Buggs had made two baskets this season before Tuesday, when he came off the bench and erupted for 13 points on 5-of-6 (3-3 3pt) shooting.

Michigan is at home with a title on the line. KenPom likes Michigan by a score of 74-65 and gives the Wolverines an 82% chance of victory.