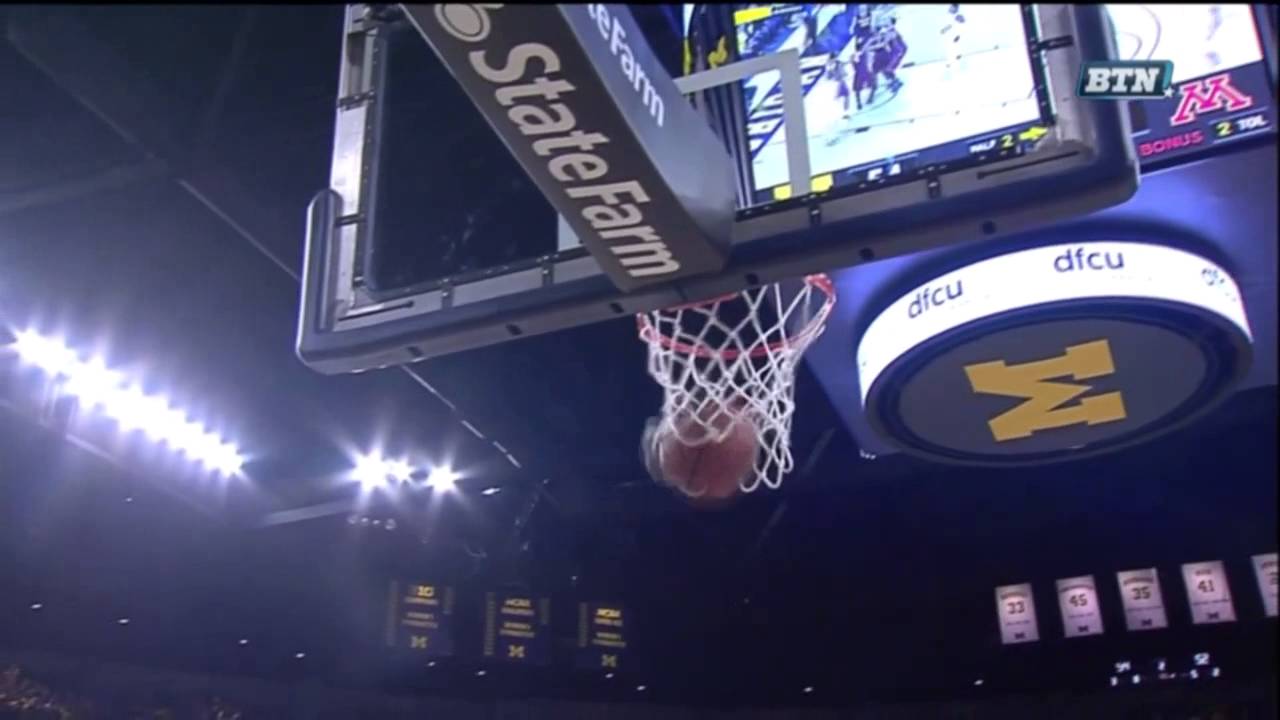 Our weekly feature tracking the performance of Michigan players performance over two game segments of the season. Form Tracker is now interactive. Readers can vote on each player’s rating by hitting ‘Too low,’ ‘Too high’ or ‘Agree.’ Photo: Scott Mapes

Glenn Robinson III was efficient, clutch and active over Michigan’s past two games. He still can’t hit a 3-pointer to save his life, but the sophomore has made huge contributions in other areas of the game — which is exactly what Michigan needs him to do. Robinson was great against Purdue. Besides winning the game for the Wolverines on an uber-athletic, last-second shot at the buzzer, he scored 17 points on 11 shots and grabbed eight rebounds (two offensive) to go along with three assists. The St. John, Ind. native also dished out three assists against Minnesota in Michigan’s home victory, as well as adding 12 points on 6-of-9 shooting from two and four rebounds. Robinson turned it over on the fast break a few times, but other than that Michigan’s most athletic player also proved himself to be one of its most useful last week.

Jordan Morgan: 8 (Last week: 6) Jordan Morgan’s final season as a Wolverine is proving to be perhaps his best season as a Wolverines, as well. Morgan was the anchor of a Michigan defense that surrendered under a point per possession to Minnesota and played well enough against a hot-shooting Purdue team to put Michigan in a position to win. He was also brilliant offensively against Purdue: 13 points on 6-of-8 shooting, nine rebounds and three assists. And by the way, he had two steals and a block against the Boilermakers and scored six of Michigan’s 12 points in the overtime period. Against Minnesota, Morgan and Spike Albrecht combined to essentially put the nail in the coffin for the Gophers.

No one’s taking anything away from Caris LeVert: the sophomore was on the whole very good over Michigan’s past two games. The only knock is his inefficiency. LeVert scored 14 points against Purdue — but needed 12 shots to do it; against Minnesota, LeVert scored 13 points on 13 shots. That being said, he was great rebounding the ball against the Boilermakers — he pulled down seven (three offensive) against a great rebounding team — and he handed out five assists against the Gophers. LeVert just gets it done, and I doubt very much any Michigan fan had qualms about his playing 41 of 45 minutes in West Lafayette and 37 minutes in Ann Arbor versus Minnesota.

Nobody could really hit a shot against Purdue so, like LeVert, Nik Stauskas is forgiven for only hitting five of his 18 shot attempts against the Boilermakers (for 15 points). In fact, that is what Michigan fans want to see — when Stauskas is having a bad game, he should keep shooting instead of disappear. Against Minnesota, Stauskas turned in a vintage performance. The sophomore sharpshooter hit five of his eight 3-point attempts, tying his Big Ten high on a night that secured Michigan a share of the Big Ten title. Stauskas scored 21 points, dished out four assists and had three rebounds as part of a dazzling offensive showing for the Wolverines after a cold start. When Stauskas gets his shot going like that, no one in the country can stop him.

These ratings are based on production, but how do you rate the play Spike Albrecht made at the end of the game against Minnesota, where he tapped an offensive rebound to himself and then to Jordan Morgan for a huge banked hook shot near the end of the game? We have decided to give plays like that extra weight. Albrecht has been very good for Michigan over the past two games and has downright stolen a number of Derrick Walton’s minutes over that time — John Beilein has said both after Purdue and after Minnesota that he was ready to sub in Walton just as Albrecht made it impossible for him to do so through his stellar play. The result: Albrecht played 21 and 24 minutes, respectively, versus Purdue and Minnesota and combined for nine points, six assists and two steals.

Zak Irvin can shoot it — he just couldn’t against Minnesota. The freshman joined Michigan’s brick brigade early on in the game with three misses from long range. Versus Purdue, it was a different story. The freshman nailed two big 3-pointers against the Boilermakers in West Lafayette, including one during Michigan’s run midway through the second half to cut into an 11 point lead. That being said, Irvin hasn’t shot the ball well since Wisconsin — including that game, he’s only 3-for-14 from beyond the arc.

Michigan’s freshman point guard is still learning the ins and outs of Michigan’s team defensive scheme. John Beilein has mentioned on numerous occasions that Walton is still making progress defensively, and his decline in minutes is likely a result of that. Interestingly, Walton has also developed an Irvin-like affinity for the three ball — in three games, the freshman has only attempted three two-point field goals compared to 13 long-range shots. When he and Irvin are a little older, they will make for a heck of a shooting duo. For now, both are still learning.

Jon Horford played only 19 minutes combined in Michigan’s past two games, mostly due to Jordan Morgan being a beast in both contests. He scored no points put pulled down four rebounds in that span.