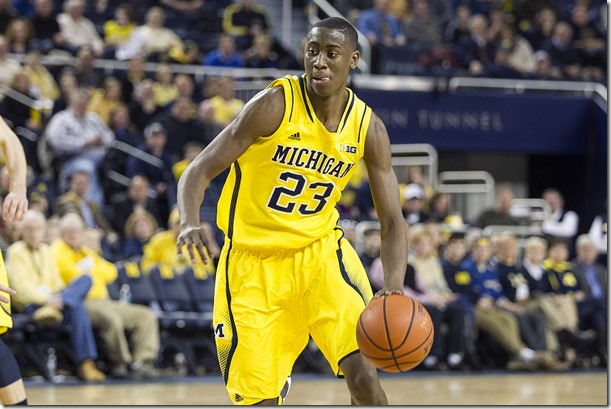 Michigan battles for an outright Big Ten Championship tonight against Illinois in Champaign. The Wolverines and Illini have both won three straight entering tonight’s game and are playing some of their best basketball this season. (Photo: Dustin Johnston)

Tip off is scheduled for 7 p.m. (eastern) with Dan Dakich and Mike Tirico handling broadcasting duties for ESPN. Join in the open thread before, during and after the game.