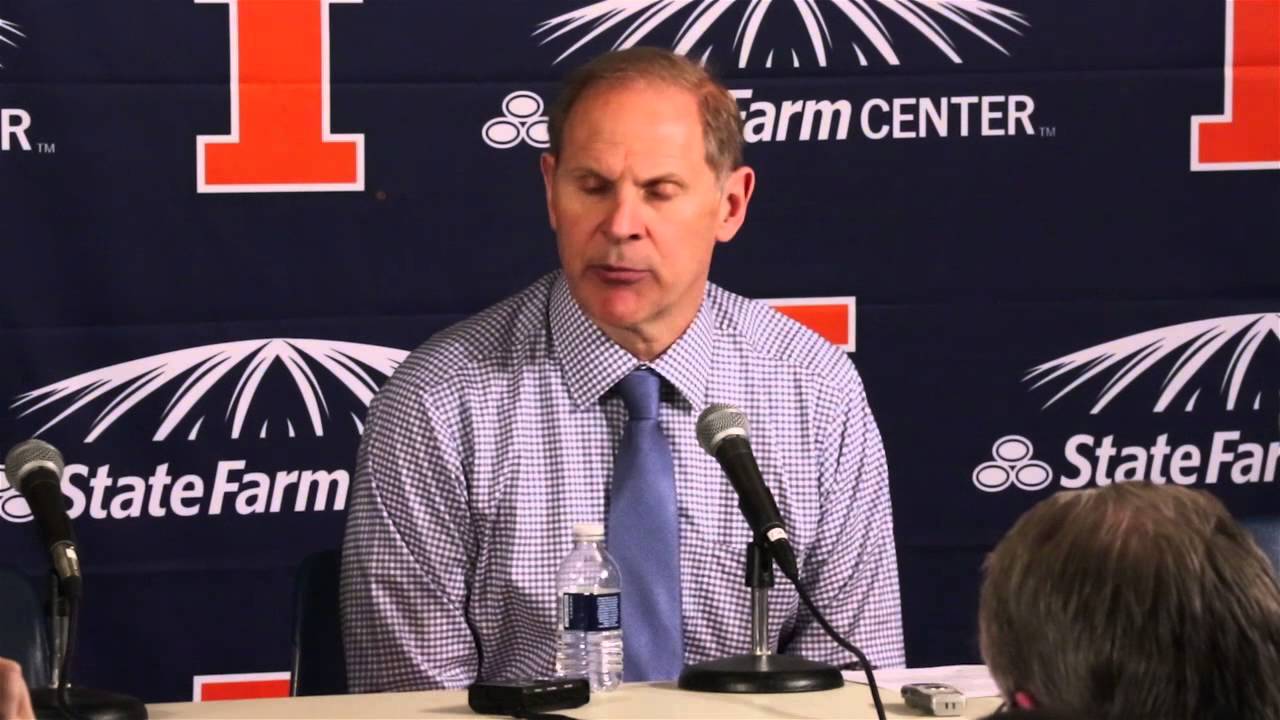 Michigan coach John Beilein was on hand to speak with the media following his team’s 84-53 annihilation of Illinois on Tuesday night in Champaign. The victory gave Michigan its first outright Big Ten regular-season title since 1986. You can watch the press conference using the embedded media player below and read notes and quotes after the jump.

Additional video and quotes after the jump.
Video from Brendan Quinn:

Opening statement: “They were really good today. We’ve had some really good games this year, but none like that. We shot so well, we defended well, we played together, took care of the ball. I’m really pleased with our effort under these circumstances. Illinois the last few games has been really, really good. So for us to be able to score the ball the way we did and then defend in the second half, that was key. Just getting away enough so that the game was never in doubt in the second half.”