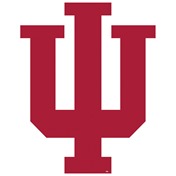 In its final game of the regular season, Michigan will have an opportunity to avenge one of its most discouraging blemishes of the season.

There won’t be much on the line Saturday in terms of Big Ten standings or making the NCAA tournament. Indiana probably needs to win the Big Ten Tournament to make the Big Dance and Michigan has already locked up the outright Big Ten Championship. The Wolverines are playing for seeding, but more importantly they are playing for pride.

Michigan is playing to make up for its disappointing loss at Assembly Hall earlier this season, but also its loss to Indiana one year ago at the Crisler Center. That one meant everything and the Wolverines were a bounce away from a Big Ten Championship.

Michigan has lost four of its last five games to the Hoosiers, and with a rotation that features four players from Indiana that’s a streak that means something. Saturday’s game will either be the perfect footnote to a marvelous regular season or leave a bitter taste before postseason play.

Making sense of the 2014 Indiana Hoosiers is a futile task. Indiana is 4-1 against Michigan, Wisconsin, Ohio State and Iowa, but is just 2-4 against Northwestern, Penn State and Nebraska. The Hoosiers let countless second half leads slip away in conference play, but at their best are capable of playing with anyone.

Indiana is the second youngest team in the conference (after Michigan) and is ranked 2nd to last in the Big Ten in Ken Pomeroy’s ‘luck’ statistic. What does all that mean? The Hoosiers are plenty talented, but for whatever reason just couldn’t get on the same page consistently enough to be a great team this year. It means Tom Crean’s pieces might be very good next year, especially with the addition of a couple shooters, but this year it just didn’t work.

Indiana’s defense has been better than its offense this season, holding conference opponents to a respectable 1.02 points per possession. The Hoosiers shut down Michigan’s offense in the first meeting, allowing the Wolverines to manage just .95 points per possession — their only game under 1 PPP in Big Ten play. Indiana’s defense is very much a jack-of-all-trades master-of-none approach. The Hoosiers rank between 4th and 7th in effective field goal percentage defense, forced turnover rate, defensive rebounding percentage and free throw rate allowed.

Indiana’s offense is the fourth worst in the Big Ten, mostly because of its wretched tendency to give the ball away. The Hoosiers have turned the ball over on 21.8% of their offensive possessions, worst in the conference by a comfortable margin. The Hoosiers are a poor shooting team – 45% on twos (10th) and 36% on threes (3rd) for a 48% eFG% (7th) – and only 31% of their field goals are threes. Indiana’s two-point shooting numbers are undoubtedly dragged down by opposing defenses packing the lane to exploit the Hoosiers lack of outside shooters.

The Hoosiers are a good offensive rebounding team, grabbing a third of their misses (3rd) and also do a decent job of getting to the free throw line. But Indiana’s best offensive rebounder and foul magnet Noah Vonleh has missed the last two games with a foot injury – with the NBA Draft three months away and little to play for, one has to wonder if Vonleh will play again this season.

Kevin Yogi Ferrell is averaging 18 points per game in conference play and attempts more three-point shots than anyone in the conference. For contest, he has 33% more 3-point attempts than Nik Stauskas in Big Ten games. Ferrell connects at a 38% clip and Michigan fans need no reminder of his outside prowess after he went 7-of-8 from 3-point range in the first meeting.

Will Sheehey was a great complementary player for Tom Crean, but his transition to No. 2 scorer hasn’t been flawless. He’s averaging 11.2 points and 4.1 rebounds per game, but is having his least efficient season since his freshman year. Sheehey was named Big Ten Player of the Week last week after scoring 49 points against Iowa and Ohio State, but struggled against Nebraska on Wednesday.

Noah Vonleh is a terrific talent. He’s long, blocks shots, gets rebounds, scores and can even shoot the three. Vonleh has been sidelined with a foot injury, leaving Indiana with something of a MASH unit at the five. Hanner Perea is more of a true center and will get some playing time, but 6-foot-8 Jeremy Hollowell, 6-foot-7 Devin Davis and 6-foot-8 Jeff Howard will all play and the Hoosiers will basically go without a center. Troy Williams starts at the combo forward and, like many other Indiana players, provides an athletic frame without much of a jumpshot.

Evan Gordon, Stanford Robinson and Austin Etherington play some combinations of minutes at the off guard spots. Gordon, a fifth-year transfer from Arizona State, is something of a secondary ball handler but isn’t a great distributor. Robinson has a great handle and can attack off the bounce but isn’t much of a jumpshooter. Etherington rarely shoots and is just 38% on twos and 25% on threes, but he’s seen a fair amount of playing time in Big Ten play.

Ken Pomeroy projects a 76-64 Michigan win with 88 percent confidence. A win over Indiana would mean that the Wolverines beat every team in the Big Ten at least once this season.