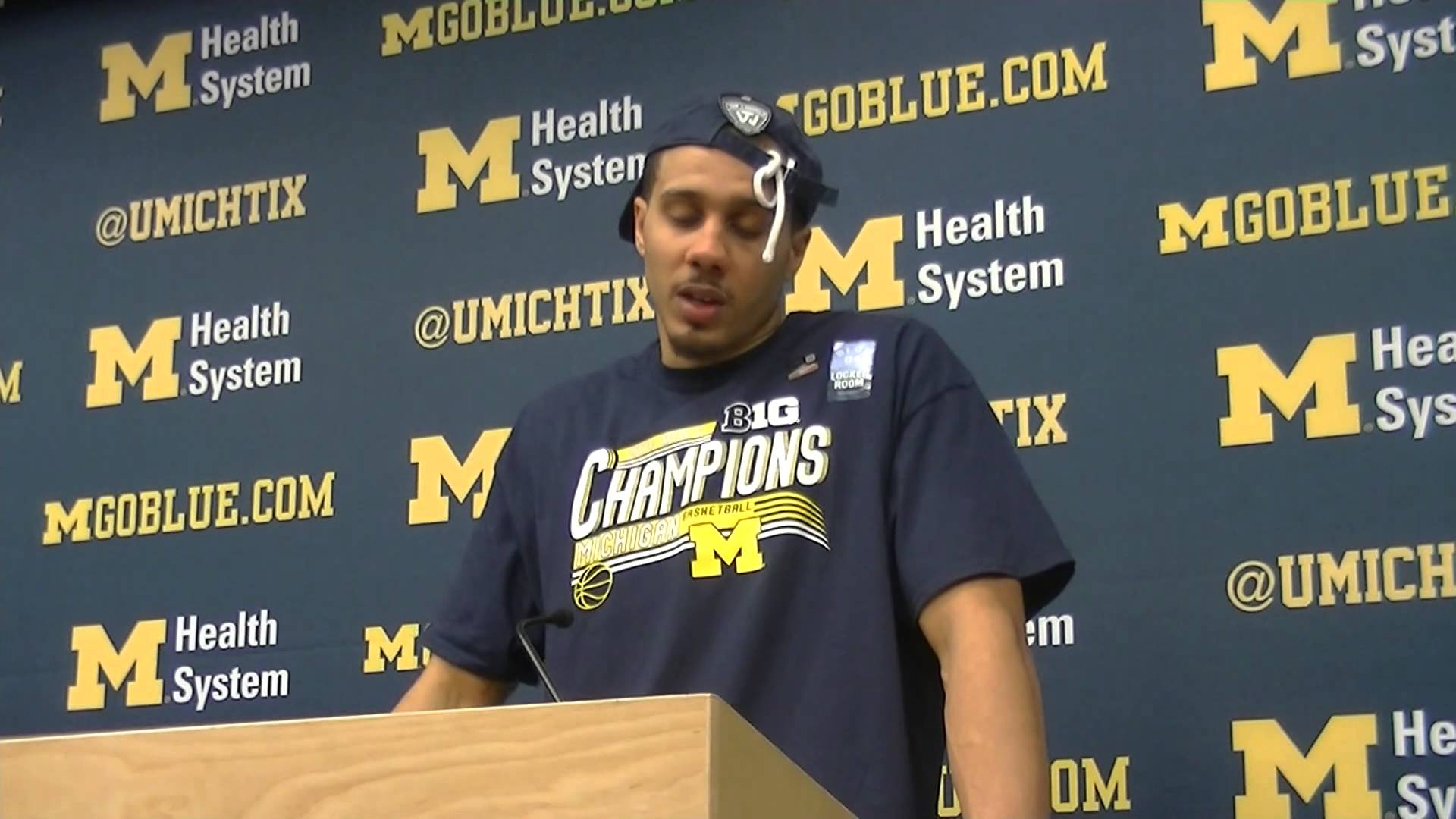 Jordan Morgan spoke with the media following Michigan’s win over Indiana and the ensuing post-game festivities. The redshirt senior discussed his emotional night, how he was able to get his offense going early, finally celebrating a Big Ten Championship and much more. Watch the full interview using the embedded media player below.

Notes and quotes after the jump