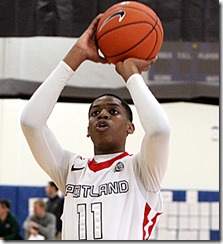 Class of 2014 commitment Kameron Chatman was selected to play in the 2014 Jordan Brand Classic.

Chatman was one of 26 players selected to the event and will play with the West team . The game is scheduled for April 18th, 2014 (7 p.m.) at the Barclays Center in Brooklyn, NY.

Michigan, Indiana (James Blackmon Jr.) and Ohio State (D’Angelo Russell) were the only  Big Ten schools to have a signee selected for this year’s game.

Chatman just wrapped up his senior season, leading Columbia Christian to the 1A State Championship in Oregon. Chatman is the consensus No. 33 recruit in the country according to 247Sports.

Tickets can be purchased from Ticketmaster.com.

Find the full roster after the jump.