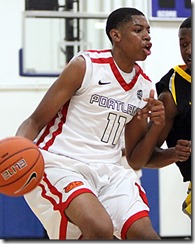 Chatman’s family announced the news on Twitter on Tuesday. Chatman is one of 24 players invited to tryout in Colorado Springs, Col. on June 10th.

S/O to Kameron Chatman who was recently selected to the USA Basketball U18 team trials in Colorado Springs this June! #BusyButBlessed #EAT

The USA Basketball U18 National team will participate in the 2014 FIBA Americas U18 Championship, scheduled to take place June 20-June 24 in Colorado Springs.

Chatman was also selected to play in the Jordan Brand Classic in Brooklyn, NY. Chatman led Columbia Christian to the 1A State Championship in Oregon and is the consensus No. 33 recruit in the country according to 247Sports.