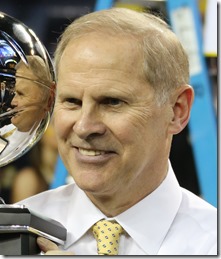 Given the weather conditions, John Beilein joined the Michigan beat writers on a conference call on Wednesday instead of the usual availability a the Crisler Center. The coach talked about preparing for Illinois and Indiana, how his team is approaching the Big Ten tournament and much more. You can read notes and quotes from the call below. (Photo: Dustin Johnston)

Opening statement: “We are excited to have had a couple days here to rest and to have practice. We will leave tomorrow around noon to head down to Indianapolis and try to prepare in these last couple days for either option in the tournament. We generally just look at one game at a time, we don’t look forward at all. Fortunately for all three teams, we all know each other pretty well because we played recently — at least we have. There’s work to do, but it’s not like you’re playing a brand new opponent like the NCAA tournament would be. We’re going to be as prepared as our opponent will be, and we’ll have to play well.”