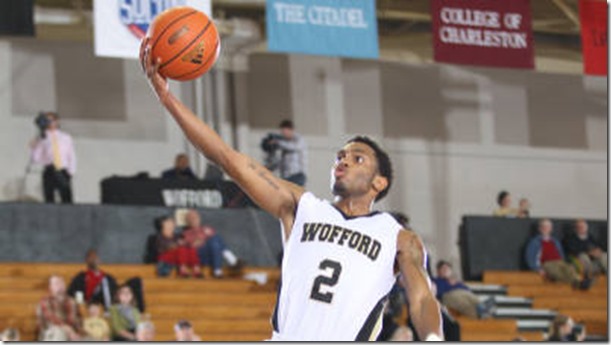 A year ago Michigan entered the NCAA tournament as a trendy upset pick. If it wasn’t Nate Wolters and South Dakota State, then it would be VCU’s vaunted full-court press that knocked off the Wolverines. Reaching the second weekend was considered an accomplishment for a program that hadn’t been there since 1994.

Now the expectations have changed. For the first time since the early nineties, Michigan is a two seed. The Wolverines are supposed to make the second weekend with relative ease. A NCAA tournament run wouldn’t just be a pleasant surprise, it is expected. Michigan’s journey starts tonight against Wofford, the third-worst team in the tournament field according to KenPom.com.

Wofford’s offense is deliberate, but purposeful. The Terrier offense is structured with lots of off-ball movement and screens to create space. Despite relying on the same top three contributors from last season,Wofford’s offensive efficiency has improved from 339th nationally to 237th.  Wofford’s strength on the offensive end is one that Michigan fans should be familiar with: The Terriers don’t give the ball away. Wofford turned it over on just 16.4% of its offensive possessions this season, 55th nationally. Wofford is an average shooting team – 47.3% on twos (221st), 35.9% on threes (103rd), 49.2 eFG% (187th) – and doesn’t get to the line often.

The Terriers shoot threes fairly well, but they don’t shoot them often. Just 29.5% of Wofford’s field goal attempts are threes, which makes them about as perimeter-oriented as Indiana. Playing slowly, 338th in tempo, maximizes the importance of not turning the ball over and helps make up for a lack of shooting ability.

The Terriers are much better offensively with a ball screen than in straight isolation situations. Isolation drives make up 9.9% of Wofford’s offense and Terriers score .7 points per possession, 18th percentile nationally per Synergy. Ball screens make up 8.4% of Wofford’s offense and the Terriers score 1.034 points per possession, 91st percentile per Synergy. Wofford will attempt to get a better shot off of a set play first, but late in the clock the Terrier offense usually ends up in one of those two looks.

Defensively, Wofford excels by cleaning up the defensive glass and forcing turnovers. The Terriers are ranked 125th in adjusted defensive efficiency and have the second best defense in the SoCon. Wofford doesn’t defend the interior well, opponents shoot 49.6% on twos, but takes away the three-point shot very well. Terrier opponents shoot just 32.5% on threes and only 28% of their field goal attempts are triples, 36th fewest in the country. The strength of the Wofford defense is undoubtedly defending jump shots.

Wofford only grades out in the 42nd percentile nationally in transition defense and the 58th percentile in ball screen defense, per Synergy. In the championship game against Western Carolina, the Terriers often opted to hard hedge the ball screen. That’s a look that has given Michigan problems at times, but also one that John Beilein and his staff have cracked more often than not.

6-foot-1 guard #2 Karl Cochran will be the first name on Michigan’s scouting report. The Terriers will try to set him up for jumpshots – running him off screens, dribble hand-offs, etc. – but if nothing materializes, he’ll get the ball in an isolation set late in the clock. Defending Cochran in set-action is important because he scores just .574 points per isolation possession, per Synergy. Cochran averages 15.7 points per game and also leads the Terriers in assists at 3 per game.

If Cochran is Wofford’s Nik Stuaskas, then #32 Spencer Collins is its Caris LeVert. Collins is the other off-the-dribble creator on the Terrier roster, but he’s not a significant three-point threat (29.5%, 27% of FGAs). Collins is the top ball screen player on the Wofford roster and is also a better isolation player than Cochran.

Freshman point guard #5 Eric Garcia has made a big impact for the Terriers after he was inserted into the starting lineup in early January. He’s come into his own over the last month, averaging over four assists per game and shooting 11-of-23 from 3-point range in the last six games. Garcia is small (5-foot-11, 170 pounds), but he’s a good shooter (46% on threes) and does a good job of valuing the basketball.

#34 Lee Skinner is Wofford’s interior player to watch. He’s just 6-foot-6, 220 pounds, but he is very productive and leads the Terriers in minutes and rebounds. He rebounds very well on both ends of the floor and gets to the free throw line, but shoots just 47.5% on twos. The Terriers won’t hesitate to post up Skinner and he scores on 45.9% of his post up possessions, per Synergy.

#31 C.J. Neumann is a supporting option down low. He’s only 6-foot-7 and he’s not a great rebounder, but he finished around the basket (64%) effectively.#24 Justin Gordon (6-foot-6, 205 lbs) provides backup minutes down low and he’s been a great offensive rebounder, but is the least efficient offensive player on Wofford’s roster. #20 Jaylen Allen is the final notable rotation palyer on a short Wofford bench. He’s primarily a shooter (38% on threes), but struggles finishing inside (46%).