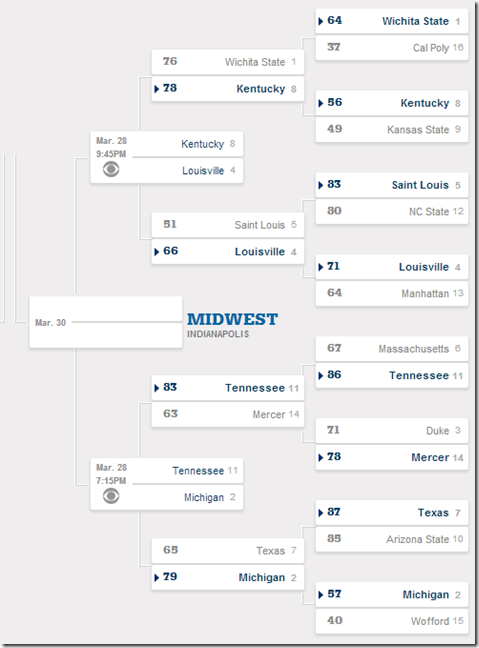 Michigan returns to the Sweet 16 this week with a Friday night game against Tennessee.

Michigan and Tennessee will play the first game of the night at Lucas Oil Stadium, with tip off scheduled for 7:15 eastern time on CBS.

Kentucky and Louisville will tip off after Michigan, with their game tentatively scheduled for 9:45 p.m. eastern.

Full details on open practices, times, tickets and television after the jump.

All NCAA tournament broadcasts will be available over the internet at ncaa.com/march-madness-live. Streams are also available on the NCAA March Madness app on the iPhone, iPod and select Android devices.

The Midwest regional semifinals and finals will be played at Lucas Oil Stadium in Indianapolis, Indiana. Midwest Regional games are scheduled to be played on March 28th and March 30th, 2014.