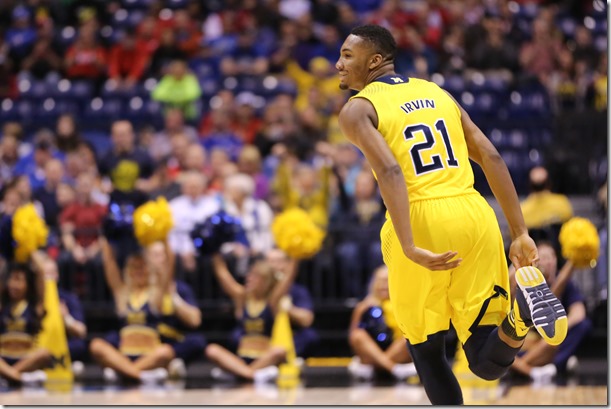 Michigan’s offense carried it past Tennessee and into the Elite Eight on Friday night at Lucas Oil Stadium. Jordan Morgan led the way with 15 points, but every Michigan player that saw the floor scored in the 73-71 victory.

Michigan led throughout the second half, but Tennessee cut the lead to just one point with 10.8 seconds to play. Tennessee had the ball and the chance to win after Caris LeVert stepped on the end line with 9.6 seconds to play. But Jordan Morgan took a charge on Jarnell Stokes to give the ball back to the Wolverines and they held on for the two point win.

The Wolverines will face the winner of Kentucky-Louisville on Sunday for a chance to return to the Final Four.