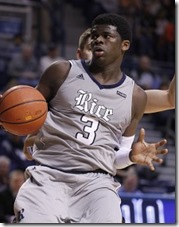 Michigan already lost Jon Horford and could face more attrition to the NBA Draft in the coming days and weeks. April recruiting is something akin to the Wild West and things move quickly. With fifth-year transfers, decommitments due to coaching changes, late-bloomers and other transfers – there are plenty of opportunities available.

The Wolverines have been active on the recruiting trail and have been evaluating a number of prospects that could fill needs in the late signing period, which begins on April 15th.

Michigan has watched Ryan Taylor multiple times and has been in steady contact with the Northwest Indiana native, who visited in February. Taylor has the connections – he played for the same SYF program that four current Wolverines played for – and he appears to have caught Michigan’s eye during his postgraduate year at St. John’s Northwest Military Academy and a couple of big games at the National Prep School Invitational in February.

Scouting Report: Taylor is a lengthy wing shooter that would fit the Michigan mold fairly well. We talked to one scout that saw Taylor play in February and he felt Taylor fit the mold of some other recent Wolverine wings “that lack strength, yet can shoot it a bit and aren’t afraid of scoring in traffic.”

Muhammad Ali Abdur-Rahkman is a 6-foot-4 guard out of Allentown, PA best known for his strength and athleticism. Abdur-Rahkman averaged 23.6 points, 6.2 rebounds and 4.1 assists per game and led his Central Catholic squad to a 29-0 start this season.

The majority of Rahkman’s recruiting looks thus far have been from the CAA level or below including VCU Drexel, George Mason, Harvard, Lehigh and Bucknell. He visited Rice over weekend and the Owls’ new head coach, Mike Rhoades, recruited Abdur-Rahkman when he was an assistant coach at VCU. Michigan was reportedly in to watch Abdur-Rahkman last week and Virginia Tech and Boston College have reportedly reached out.

Scouting Report: Abdur-Rahkman put up big numbers by using his strength and athleticism to get into the lane. Scouts have praised his dribble drive game, but questioned his outside shot. He’s also noted as an above-average preimeter defender, which could be a welcome addition to Michigan’s backcourt.

The internet lit up with an erroneous report that Michigan had offered Marial Shayok on Friday afternoon. There’s no offer yet, but Michigan has has reportedly shown interest in the powerful wing forward from Canada. Shayok received his release from Marquette late last week and Rutgers, Virginia, Michigan, Indiana and Marquette have all been mentioned.

Shayok was initially drawn to Marquette by former assistant coach Jamie McNeilly, who is also involved in Canadian basketball. McNeilly hasn’t been hired to follow Buzz Williams to Virginia Tech yet, but it’s a possibility.

Scouting Report: Strong and athletic, Shayok is projected as a player that can play the three and four spots. He’s a big time athlete and at 6-foot-6, 205 pounds he has the body ready to make an immediate impact at the college level. He seems like a natural fit at the four spot in Michigan’s offense with his athleticism and developing skillset.

Harris is an Indianapolis native that wants to transfer closer to home after two years in West Virginia. He won’t be released until he completes his semester at West Virginia, but he’s one of the top transfers on the market when he does. Harris would have to sit out a year but would have two years to play, making him almost like a class of 2015 prospect.

Scouting Report: Harris shot 42% on threes and 45% on twos last year and over half of his shots were three-point attempts. He’s a true shooting guard as his assist numbers aren’t overly impressive, but he’s about the best scorer on the market.

Cressler managed to put up big numbers for a Cornell team that went just 2-26 last season. He’s another pure shooting guard that would sit for a season before having three years of eligibility.

Cressler visited Vanderbilt over the weekend and added an offer from Notre Dame on Sunday. Michigan, Pittsburgh, Rutgers and Dayton are other schools that have been linked.

Scouting Report: Cressler doesn’t have the ball screen abilities of some of Michigan’s recent guards, but he has the shooting ability to make a difference off the bench. Spotting up on the wing, curling off screens — Cressler has the offensive talent. His questions would be on the defensive end, where his athleticism lags behind.

Obi is one of the few high quality big men on the transfer market. He averaged almost a double-double for a Rice team that went just 7-23 last season. He’s also in high-demand. Obi is visiting Vanderbilt this weekend and is planning to visit Duke next week, per Jeff Goodman.

Michigan actually watched Obi in 2011 so there’s at least reason to believe that there could be some interest.

Scouting Report: Obi is a true back-to-the-basket big man. He is one of just 60 players in Division I basketball that accumulated at least 200 post-ups this season, per Synergy Sports. He scored .927 points per post-up (including pass outs) which ranks in the middle of the pack among high-volume post up players. Obi also grades out as an above-average post defender.