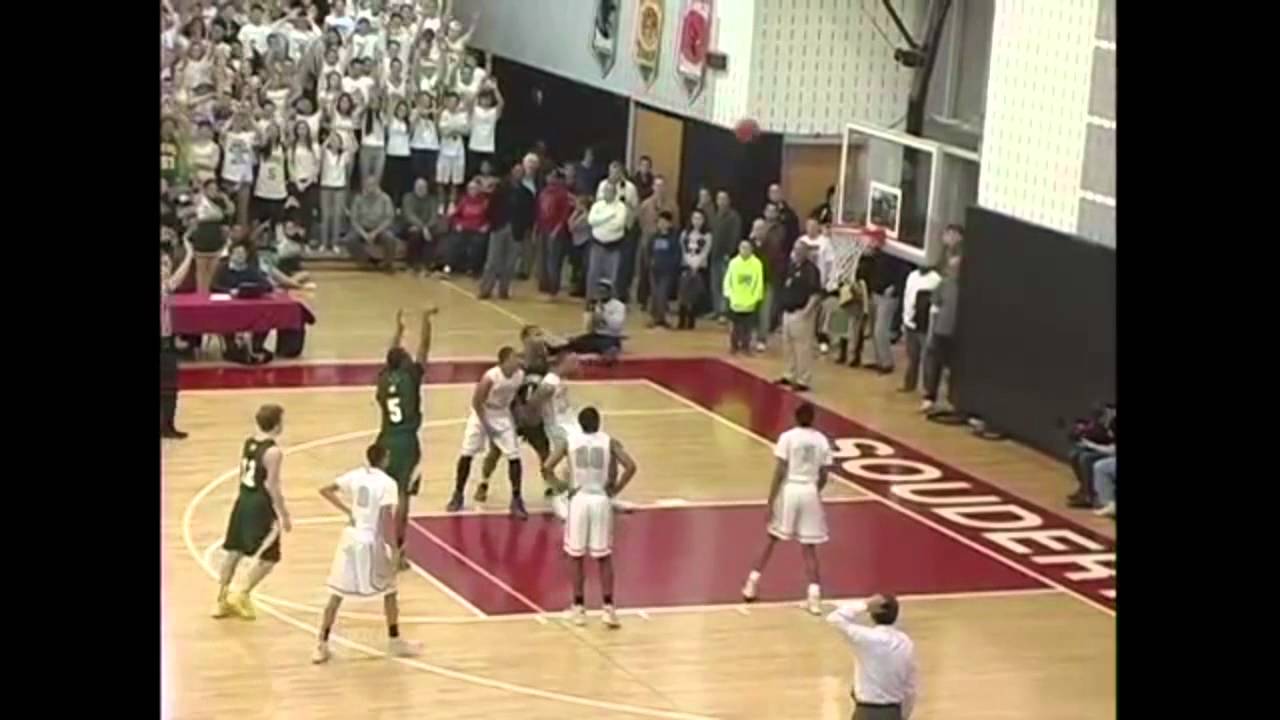 Muhammad Ali Abdur-Rahkman is planning to take an official visit to Michigan this weekend as John Beilein and his staff look to fill the vacancies left by early departures.

Abdur-Rahkman is an athletic combo guard checking in at 6-foot-4 that averaged 23.6 points, 6.2 rebounds and 4.1 assists per game while leading Allentown Catholic Central to a 29-1 record. Abdur-Rahkman also played on the Nike EYBL circuit last summer, where he averaged 6.1 points and 1.9 assists per game for Team Final.

We were able to mashup various video clips from games and highlights on the internet to scout Abdur-Rahkman. Watch over eight minutes of footage in the embedded media player below or find a scouting report after the jump.

Abdur-Rahkman is an explosive guard that loves to play down hill with the ball in his hands. He’s a great full-court player and his passing ability, along with his finishing, shines in transition. He dominated the ball offensively for Allentown Catholic Central, but he didn’t hog it. That’s a key distinction and his ability to see the open man is certain to be a critical evaluation point for John Beilein.

Abdur-Rahkman showed off his bounce at the rim, but he also moves very well laterally and could get to whatever spot he wanted on the floor. He hit a number of impressive pull-up jumpers, but could use slightly better decision making when driving into traffic – something that might be more a product of his team. Abdur-Rahkman also has great size and length for an off-guard and looked more than capable of guarding all three perimeter positions.

Abdur-Rahkman hit plenty of threes in the footage we watched, but he averaged 1.6 made threes per game as a senior. His shot looks to be improving (he made five in CC’s season-ending loss to Neumann-Goretti, the first game in this video), but he’s still streaky. He made 14-of-28 threes in his last four games, but made just 9 threes in the eight games before that.

His handle can be a bit loose at times and he has the tendency to dribble himself into trouble as well. His vision in the half court isn’t quite as impressive as it is in full court situations, but he still made a number of impressive passes.

Abdur-Rahkman might not be the traditional Beilein wing, but he would bring a lot of things to Michigan’s backcourt that are currently lacking. He looks like a natural fit to play the two-guard spot, but down the line he could potentially slide to the three or the one. Michigan’s inability to contain dribble penetration last season was no secret and Abdur-Rahkman might be able to shore up some of those concerns – especially down the line. He’s already physically mature (he’ll turn 20 in September) which means he could be ready to play at a college level, but also that he’s been able to bully younger players at the high school level.

Caris LeVert is an early-entry candidate after this season and Michigan doesn’t have much backcourt depth in the immediate future. Abdur-Rahkman could provide an insurance policy this season and as cover for the class of 2015.